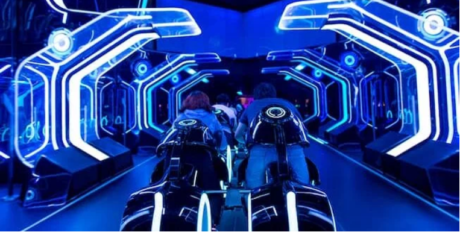 Tron (TRX) managed to pull a Bitcoin-like feat almost two weeks ago when it became a legal tender for the Commonwealth of Dominica.

The 16th largest cryptocurrency in terms of market capitalization successfully replicated Bitcoin’s feat when it became a legally accepted tender within the territories of El Salvador.

Shortly after such momentous development, Tron witnessed a mini price rally as it traded at $0.0646 on October 15.

The asset, however, is once again experiencing price correction as it failed to capitalize on its gains, going back to its downward trend that’s been going on for the past few weeks.

At press time, according to data from Coingecko, TRX is trading at $0.0616. While the asset is on a decline, it managed to keep its losses at minimal levels.

Data shared by TRONSCAN showed TRX’s network users reached 117 million. The figure is the highest yet for the project but was of no help to push trading prices to higher levels.

Stakers continue to show their support and stand behind Tron. Over the last 30 days, there was an increase of 1.17% on the number of present stakers for the protocol which stood at 305,458.

That’s where the good news ends for the digital asset, as it also tackles with negative developments that will make it harder to make price rally anytime soon.

Active users for dApps running on the crypto’s network declined over the last seven days. This impacted the total value locked (TVL) of the protocol which has declined and now stands at $1.25 billion.

Moreover, social mentions for Tron fell sharply for the past week, going down by 18.5%. This highlighted the fact that sentiment towards the protocol and its native cryptocurrency remain negative.

Price Forecast For Remainder Of 2022

Next month will be a bit better for Tron as it is forecasted to have an average trading price of $0.0679. There is a chance the asset will settle for a month-low of $0.0659 but it is still higher than its current spot price.

Not much change can be expected from the crypto in December this year except for the possibility that it may trade at $0.0729.

Meanwhile, TRX is expected to perform slightly better in 2023 as its average price by then is seen to be at $0.10998. The highest the crypto asset can climb next year is $0.11998, based on estimates.

TRX total market cap at $5.6 billion on the daily chart | Featured image from Inside the Magic, Chart: TradingView.com