ETH Breaches $1,500 Level As Ethereum Adds Over $20 Billion To Its Market Cap 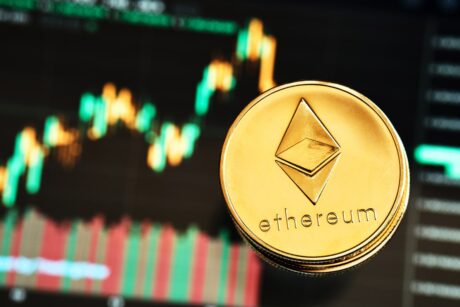 Ethereum (ETH), regarded by the crypto community as the “king of altcoins,” is finally being talked about in a positive way after being the recipient of negative criticisms as it failed to capitalize on its loudly-hyped “merge” update.

After all, following the bullish momentum that propelled the overall valuation of the crypto market to over $1 trillion once again on Thursday, the digital currency is all-green on its price charts.

According to data from Coingecko, as of this writing, ETH is changing hands at $1,546. While it only managed to climb by 1% over the last 24 hours, the asset is sitting on a 20.4% increase for the past week.

In that department, the number one altcoin managed to outperform Bitcoin – something that is rarely seen since the two assets were pitted by the crypto space against each other.

Not only did Ethereum manage to breach the crucial $1,500 marker that proved to be challenging for the crypto asset over the last few weeks. Before arriving at its current spot trading price, the altcoin king settled for $1,347.

With its impressive price pump, its market capitalization ballooned to $186.395 billion. ETH ended up being richer by over $20 billion as its overall valuation on October 25 was only a little over $164 billion.

If the asset continues this momentum, it might enter the month of November with prices that might be closer to its all-time high (ATH).

It can be recalled that on November 10, 2021, Ethereum hit a milestone changing hands price of $4,878. ETH, however, already lost 68.3% of that value as it struggled to gain enough steam for a bullish run despite undergoing a major network development this year.

It’s interesting to see how the Bitcoin rival will end this month of October which is said to be a friendly one for all crypto assets.

The ETH community has always been very vocal about their price prediction for the crypto. In fact, in the past, they have predicted that Ethereum will trade at $1,488 by the end of next month.

But the digital asset has managed to surpass that forecast before October ends. This would mean that if, over the next few weeks, ETH manages to sustain its current price or move to even higher levels, it will experience price correction before exiting November 2022.

The asset’s community will be more than happy to be proven wrong with their prediction as long as they witness a continued bullish trend for Ethereum.