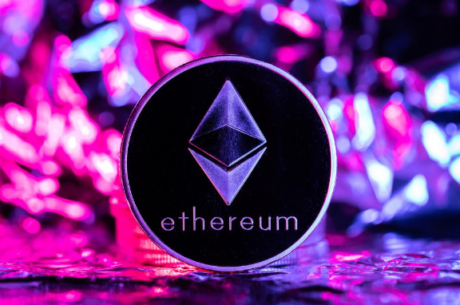 Ethereum is finally coming back to life after a long period of consolidation and leading the current bullish momentum in the crypto top 10 by market cap. The slow price action might be boring for most market participants, but an expert believes ETH underwent a critical stage to create a lasting bottom.

At the time of writing, Ethereum (ETH) trades at $1,550 with sideways movement over today’s trading session and a 20% profit in the last seven days. The meme coin records a 30% profit over the same period. In the crypto top 10, ETH’s price performance is only surpassed by Dogecoin (DOGE).

Ethereum Close To Another Multi-Year Bottom?

Senior Commodity Strategist for Bloomberg Intelligence Mike McGlone believes Ethereum’s migration to a Proof-of-Stake (PoS) consensus will be crucial in its long-term appreciation. In the current macroeconomic landscape, high energy prices and high inflation have taken a toll on global markets.

The U.S. Federal Reserve (Fed) has tightened its monetary policy in response to this situation. As a result, Ethereum and other risk assets returned to their pre-pandemic levels.

Still, the second crypto by market cap has been unable to hold the line close to its 2017 all-time high at around $1,400 to $1,500. As McGlone emphasized, ETH’s price has prevented further downside at these levels despite the Fed implementing its most aggressive strategy in forty years.

In that sense, the expert believes Ethereum is cementing its position “at the epicenter of the digitalization of finance.” McGlone wrote:

(…) the No. 2 crypto may be forming a foundation around $1,000 (…). Our graphic shows the No.2 crypto potentially building a base around the 2018 peak, when global liquidity topped out around plus 14%. Ethereum appears at a discount within an enduring bull market (…).

If macroeconomic conditions improve and the Fed pivots its monetary approach, Ethereum might finally reclaim previously lost territory and steal Bitcoin’s thunder. The expert hints at a faster decline in the supply of ETH versus BTC.

Rising demand for digital assets and a decline in supply will prove positive for the second crypto by market cap. McGlone wrote:

(…) new Ethereum supply shrinking more quickly after a protocol change that began moving coins from circulation in August 2021 and this year’s merge. The 52-week rate-of-change in the number of new Ethereum coins from Conmetrics vs. the total outstanding has fallen under 2% and is on path to drop below that of Bitcoin.