Meta’s Reality Labs Reports $3.6 Billion In Losses, When Will It End? 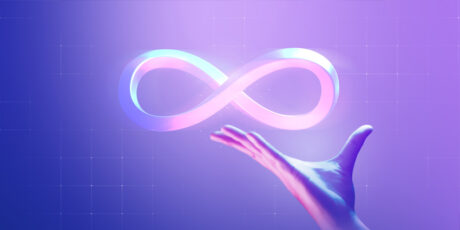 Meta (formerly Facebook) officially declared its entry into the metaverse space last year with the Reality Labs division. Its announcement had understandably triggered the popularity of metaverse projects and their tokens during this time, as a lot went on to rally to billions of dollars in market cap. However, while Meta had been able to trigger positive growth for other metaverse projects, it has been unable to do so for itself as it reports another quarter of massive losses.

Since Meta’s entry into the space via its Reality Labs division, the tech giant has been unable to secure any positive returns. Through its various quarters since then, the metaverse division has reported losses after losses which have now run into double-digit billions.

In the most recent report for the 3rd quarter of 2022, the Meta metaverse division reported that it lost $3.6 billion. This will be the division’s highest quarterly loss to date but it follows the established trend of losses since inception.

For the same time period in 2021, Reality Labs reported a loss of $2.63 billion. Then in the second quarter of 2022, the division reported a loss of $2.8 billion. It now brings the total losses of the division to $9.43 in a one-year period. Reality Labs’ Q3 2022 revenue came out to a total of $285 million, which is the lowest revenue figure so far.

The company looks to be on track to beat its metaverse loss volumes for the year 2021 which came out to about $10 billion. Presently, Meta is only about $500 million in losses away from beating its last year’s figures.

When Will The Bleed Stop?

Even though Reality Labs has been burning through billions of dollars, Meta is not ready to give up on its metaverse dreams. The company continues to dip its feet farther into the water and presented expectations for next year, which are still negative.

According to its Q3 earnings report, Meta expects Reality Labs to see even more losses in 2023. Dave Whener, Meta’s Chief Financial Officer, said that the metaverse division is actually anticipating more losses in the new year. “Beyond 2023, we expect to pace Reality Labs investments such that we can achieve our goal of growing overall company operating income in the long run,” Whener revealed.

Despite the losses, Meta boss Mark Zuckerberg believes that what Reality Labs is building is ‘better for everyone.’ Zuckerberg alluded to the fact that Meta is building an open metaverse which is superior to closed ecosystems being developed by some competitors.

Reality Labs was launched in 2020 and has launched multiple VR headsets for an immersive experience. The metaverse division has launched Meta’s “Horizon Worlds” which is currently available in multiple countries worldwide and accessible with Oculus VR headsets.