Bitcoin Price Aims For $21,000, Will There Be A Wider Trend Change? 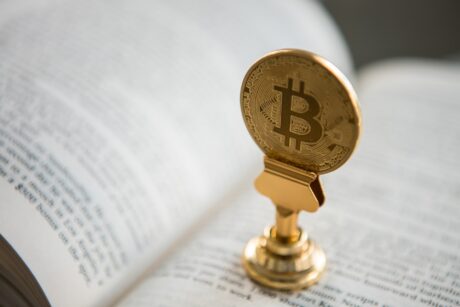 Bitcoin price has again registered an uptick in the last 24 hours. In that timeframe, the coin has surged by 3%. This has also helped other major altcoins turn green at press time.

In the past week, BTC has rallied almost 8%. If the bulls keep pushing, then claiming the $21,000 mark would not be a difficult move for the Bitcoin price.

The technical outlook has again turned towards the bulls. Buyers have taken control of the price in the market. Demand has also gone up for the asset.

The chance of a price pullback cannot be ruled out completely. The coin has to barrel past its overhead resistance in order to touch the $21,000 price mark.

Even if the coin revisits the $21,000 level, it is important that BTC trades above that level for a long enough time in order for the bulls to stick around, leading to a wider trend change.

There could be difficult resistance for the Bitcoin price at $20,800. Clearing that level can help the coin move to $21,000.

For Bitcoin to continue its bullish thesis, upon toppling over the $21,000 price level, the price ceiling of $21,200 has to be broken past.

Bitcoin was priced at $20,700 on the one-day chart | Source: BTCUSD on TradingView

BTC was trading at $20,700 at the time of writing. The Bitcoin price has again reclaimed the $20,700 price level as it fell south on its chart in the past two days.

If demand keeps up, then BTC will attempt to trade near the $21,000 price level. The overhead resistance for the coin was $20,800.

Going past the aforementioned level could be the beginning of a wider trend change.

The amount of BTC traded in the last trading session was in the green, which signified that buying strength had ascended on the chart.

BTC had documented a fall in buying strength, at the time of writing, however, the coin displayed a steep recovery on its chart.

The Bitcoin price was above the 20-SMA line, pointing towards the accumulation in demand and that buyers were driving the price momentum in the market.

Other technical indicators have also exhibited bullish signals on the chart.

Bitcoin noted buy signal on the chart, indicating that the coin can move further up.

Moving Average Convergence Divergence indicates the price momentum and the strength of the price action.

The MACD formed green signal bars on the half-line, which was the buy signal for the coin.

The Directional Movement Index was optimistic, which meant that the price direction gained stability and was bullish. The +DI line was above the -DI line, which represented positive price action.

The Average Directional Index (red) was below the 20-mark but formed an upward movement, portraying that the momentum will gain strength.