Dogecoin Continues To Thrive With Over 93% Gains In A Week 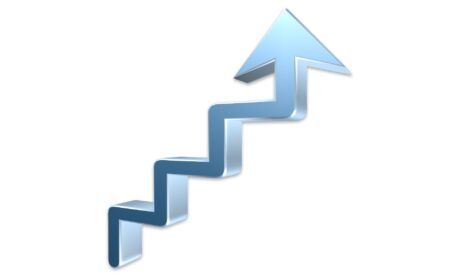 October has been a bullish month for Dogecoin as the “Dogefather,” Elon Musk, takes over Twitter. Despite trading in the red at press time, the meme coin still holds over 90% gains. There has also been a rise in demand for the asset. This surge comes as many anticipate that DOGE would gain value due to Musk’s purchase of the social media giant.

Simultaneously, the asset has seen a rise in capital invested. Market valuation for the token rose from $9.02 billion a week ago to $15 billion as of press time. It’s worth mentioning that the popular meme coin is still trading at a massive 82.66% loss from its all-time high.

Dogecoin is now the eighth largest cryptocurrency by market capitalization, according to data provided by CoinMarketCap. Cardano previously held this position. Dogecoin overtook Cardano on Saturday night with a current market value of $15,366,657,028. This puts it ahead of Cardano (9) and Solana (10), with respective market caps of $13 and $11 billion.

Monday’s rumours that Elon Musk would acquire Twitter’s social media platform boosted the value of the meme token. Doge’s optimism was maintained all week long, thanks to two mainstays. First was the overall crypto market growth this week, which saw the entire market breach the $1 trillion barrier.

Beyond that, Elon Musk’s progress toward finalizing the Twitter takeover agreement was a major factor in Doge’s ascent. The billionaire visited Twitter’s headquarters on Wednesday and officially completed the deal on Friday, October 28. This brought an end to the six-month negotiation process. The potential for Dogecoin’s integration with Twitter has boosted its value. Musk previously proposed utilizing DOGE to control Twitter spam and bots and charge users for tweets.

Cardano Plans To Integrate Dogecoin On Twitter As A Sidechain

Charles Hoskinson intends to incorporate ADA and the famous meme token Dogecoin into Elon Musk’s Twitter. The Cardano creator believes that the social media platform will soon integrate DOGE, as Musk has mentioned on several occasions. This confidence stems from Musk’s recent completion of his $44 billion buyout of Twitter.

As Elon Musk becomes Twitter’s new “Chief Twit,” the microblogging platform is about to undergo significant changes. These changes all appear to be beneficial to cryptocurrencies, notably Dogecoin.

IOG (previously IOHK) CEO Charles Hoskinson believes there is “a serious potential” that DOGE would “somehow integrate” with Twitter. Hoskinson was asked if he thought Dogecoin would adopt a PoS or PoUW consensus system before its Twitter integration. Instead, he proposed making the dog-themed cryptocurrency a Cardano sidechain. The Cardano developer has shown his willingness to migrate the network at no cost and implement smart contracts.