Bitcoin Price Struggles Under $21,000, Will The Bulls Power Through Again? 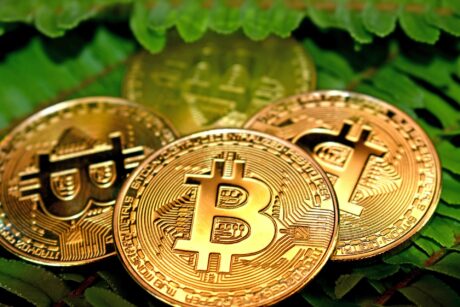 Bitcoin price continues to remain under the $21,000 price mark as the bulls have lost force over the last 24 hours. In the past day, the coin lost 1.3% of its value.

Bitcoin price is consolidated under the tough resistance of $21,000. If BTC keeps maintaining a sideways movement, then the bulls could lose further steam and drop to the nearest support line.

Buying strength was also optimistic for BTC on the 24-hour chart. If demand accumulates slightly, then BTC might attempt to revisit the $21,000 level.

If BTC picks up the pace, then the coin can also revisit the $22,000 mark. Buyers need to remain confident that Bitcoin bulls will be able to move north over the next trading sessions.

Bitcoin was priced at $20,600 on the one-day chart | Source: BTCUSD on TradingView

BTC was trading at $20,600 at the time of writing. The coin has been trading laterally over the last few trading sessions.

It is important that Bitcoin price doesn’t lose its current support as that would pull the price of the asset down, causing the bears to gain strength.

If Bitcoin has to maintain its bullish momentum, the coin has to move past the $20,800 price level.

The altcoin has continued to display positive buying strength on the one-day chart. Buying strength for the coin has remained on the upside for most of this month.

The Relative Strength Index was still above the 60-mark despite a downtick. This meant that the coin was registering more buyers than sellers at the time of writing.

Bitcoin price was above the 20-SMA line was also an indication that demand for the coin had been positive and that buyers were driving the price momentum in the market.

BTC was displaying bullish signals as demand for the coin has remained consistently positive. The Moving Average Convergence Divergence indicates the price momentum and the overall direction of the coin.

MACD formed green signal bars, which were increasing in size, and they were the buy signal for the coin. Parabolic SAR measures the strength of the price trend.

The dotted lines were below the price candlestick, which meant that the price was on an uptrend.