Fantom Price Rises 20% In One Week Due To This Rumor 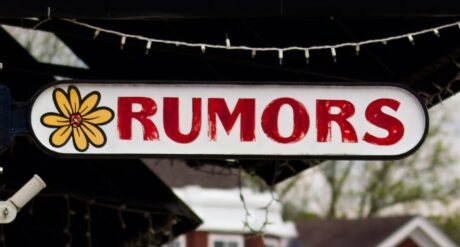 The Fantom price is moving against the general sentiment in the market, while large cryptocurrencies trend to the downside, FTM is reclaiming lost territory. The token is trending to the upside due to speculations about its founder Andre Cronje.

At the time of writing, the Fantom price trades at $0.2 with a 17% profit in 24 hours and a 20% profit over the previous seven days. In the meantime, Bitcoin and Ethereum are recording losses and are at risk of returning to their range after seeing the bullish momentum exhausted.

According to a report from Wu Blockchain, the popular and controversial developer Andre Cronje changed his LinkedIn biography to “Memes at Fantom Foundation.” This change has led to rumors about its potential comeback as a key project member.

Cronje is the so-called “DeFi Godfather”; he is behind some of the biggest protocols in the space, including Yearn Finance (YFI), Keep3r Network (KP3R), Fantom, and others. Earlier this year, Andre Cronje and other decentralized finance (DeFi) developers announced their departure from crypto.

The developer cited a need for maturation in the industry and regulatory uncertainty. Cronje’s departure hurt the Fantom price and the valuation of projects associated with his name.

Over the past months, Cronje has hinted at his return to the Fantom Foundation. On May 23, the developer introduced a proposal to improve fUSD, Fantom’s native stablecoin.

At that time, the Terra collapse wreaked havoc across the industry and hurt stablecoins. The Fantom Foundation issued the following statement:

fUSD is not UST

• fUSD is an over-collateralized stablecoin (similar to DAI) backed by staked FTM. UST had nothing backing it.

• Users create fUSD by borrowing against their staked FTM.

Following Cronje’s proposal, the Fantom price saw significant appreciation rallying over 45% in a single trading session. However, the rally was short-lived as the developer remained on the sidelines.

FTM’s price current bullish momentum is more conservative than in past occasions when there was speculation about Cronje’s comeback. Nevertheless, his influence on the DeFi space remains strong, as evidenced by the token’s price action.

In the coming days, if the rumors are not confirmed, Fantom might run out of gas leading to another massive crash into previous support levels. In that sense, traders should watch for sudden spikes in volatility.