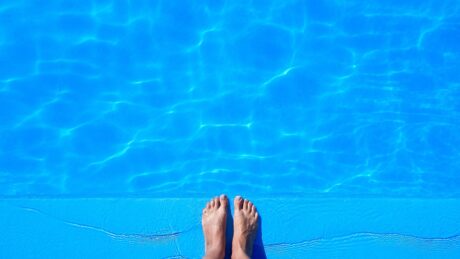 The crypto market continues to express more decline in the value of most assets, especially Coinbase. Also, the intense bearish trend is creating tighter conditions for almost all firms. The overall effect results in adverse reports on the performance of the companies.

Recently, Coinbase, the most prominent American crypto exchange, released its report for the third quarter of 2022. However, the data about its revenue are not impressive. In addition, the exchange published its 3Q report recently, which did not meet most analysts’ expectations.

According to the data, Coinbase’s revenue dipped by 50% from its last year’s value due to fluctuations in trading activity. Hence, the firm lost about $545 million compared with the gain of $406 million for its Q3 2021.

Coinbase wrote to its shareholders regarding the drop in its revenue. It pointed out that the unfavorable macroeconomic conditions and the dwindling crypto market created a negative stance for the firm. Hence, the company’s trading volume dropped drastically, leading to a fall in its revenue.

Usually, the exchange gets about 90% of its profits from its transaction fees, which is higher than the industry average. But, the bearish crypto market is not helping its activity.

The detail of the company’s report has its Q3 transaction revenue at $366 million. This indicates a drop of about 44% from the second quarter. But it noted a surge of 43% in subscription and service revenue as the value hits $211 million. As a result, the overall revenue for the third quarter dipped by 28% from Q2 2021.

The company recorded a loss of $116 million for its earnings before interest, taxes, depreciation, and amortization (EBITDA). The value plummeted from the $618 million it gained during the same quarter in 2021.

Trading volume dipped by 27% to $159 billion against its $217 billion in the last quarter. Ethereum showed higher performance than Bitcoin. It contributes 33% of the firm’s total trading volume for the period, while Bitcoin accounts for 31%.

Also, the firm mentioned that its trading volume shifted considerably from the US due to more concerns about regulations and some uncertainty. Coinbase explained that the macroeconomic conditions caused retail investors to go to holding, leading to reduced trading volume.

Additionally, Coinbase’s user base is dropping. During the quarter, the firm noted about 8.5 million monthly transacting users (MTUs) against 9 million and 9.2 in Q2 and Q1, respectively.

The firm said that 2023 could bring more uncertainty. It stated that their preparation for next year is with conservative bias with the assumption of more extreme macroeconomic conditions.

This year has been a dwindling one, even on Coinbase stock. Due to the persisting bear market and the firm’s shift from risk-on assets, its stock has dropped by three-quarters of its value since January 2022.