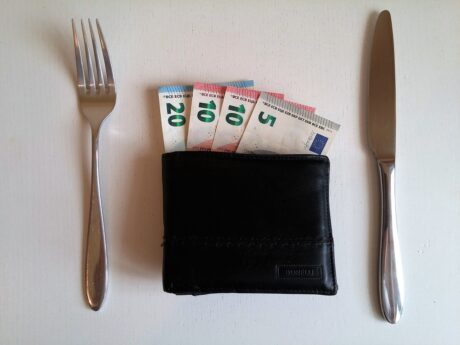 The Indian government has maintained a bullish stance on its income tax on crypto assets. The government demonstrated this with the proposal of a Cryptocurrency and Regulation of the Official Digital Currency Bill in 2021. However, cryptocurrencies and NFTs are currently not regulated in India. The RBI even tried to ban crypto in 2018.

Although the proposed “Cryptocurrency and Regulation of Official Digital Currency Bill” was never implemented, the government’s stance on crypto is still unclear. However, while still weighing its stance, the Indian government implemented a new law to tax gains and income from virtual digital assets (VDAs).

The new tax policy came to focus at the Singapore Fintech Festival (SFF) held from November 1 to 4. At the event, the Binance CEO, Changpeng Zhao (CZ), pointed at the high tax rates as a killer of the crypto industry.

The Singapore Fintech Festival is one of the most anticipated events in the crypto and Fintech industry. The event has more than 60,000 participants and 850 speakers representing banks, global financial services firms, and policymaking bodies.

Crypto Exchanges Face Decline In Volume Due To High Taxes

During a panel discussion at the SFF event, CZ said the new crypto tax in India, which became effective in April, may kill the industry. That is because the tax is outrageously high, with a 30% capital gains and 1% transaction tax on all digital assets transactions. The local crypto exchanges reported a 90% decline in the volume of activities since the policy became effective in April.

Aside from the high tax rates, the government tightened the regulatory processes. Crypto platforms now have to follow more extensive Know your customer (KYC) and security approaches.

In 2019, Binance acquired an Indian crypto exchange called WazirX. However, there was a recent issue surrounding WazirX’s frozen assets. In a short argument between CZ and WazirX’s CEO, CZ revealed that Binance never completed its deal with the embattled crypto exchange. Instead, the CEO stated that Binance only provided wallet services to WazirX as tech solutions.

As per reports, WaxirZ is going through a decline in sales volume and laid off 40% of its workforce in October.

At the beginning of this week, the Central Board of Direct Taxes (CBDT) in India proposed a reformed common ITR form. The board intends to introduce the new form as a replacement for some series of ITR forms. The draft ITR form contains fields that require information on foreign businesses with a user base in India.

Some tax experts commented on this move. They said it is an attempt to include digital assets and Web3 firms incorporated outside India in the Tax policy. However, the latest Nasscom report stated that India has more than 450 crypto and Web3 start-ups.

But 60% of the 450 start-ups are registered in crypto-friendly countries with clear regulatory models.