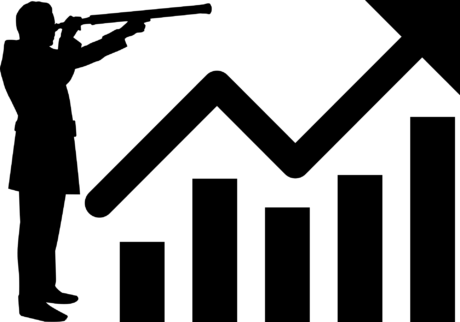 The cryptocurrency market has been facing high volatility at the time. With Bitcoin recording over 13% loss on the day, altcoins took effect and plummeted heavily. Similarly, Chainlink lost its gains following the market trend. But, the token established itself as one of the top gainers on the same day and marked $9.34. Due to turns of events, LINK currently fluctuates a loss of 19.80% and trades at $7.36. This currency made its investors happy with a week-over-week increase of over 3%.

Several key metrics favor LINK maintaining its run in the coming weeks. The token’s underlying blockchain has also bagged several partnerships during the week. Furthermore, LINK crossed a 3-month high today despite the market volatility. As such, the token looks poised to face a bullish rally head-on.

The LINK price, as reported by Santiment in a recent tweet, reached a high of $9.20. The last time it reached this level was in the middle of August. The data agency’s team of specialists has settled on two possible explanations for the LINK price increase above $9. They assume that the intense activity of LINK wallets throughout last month was the primary driver of the price surge. Furthermore, investors have been “aggressively” longing LINK. This helped increase the altcoin’s price, causing a surge in funding rates.

And on November 3rd, Chainlink announced yet another significant partnership. This time with Seedify Fund, a premier incubator and launchpad for DLT games, NFTs, and metaverses. Chainlink’s goal in building this partnership is to facilitate the growth of the GameFi and NFT industries through its oracle services.

Meanwhile, the coin’s supporters eagerly await the start of staking on Chainlink. As of the end of October, 459 wallets had more than 100,000 LINK, even though the specific date had yet to be disclosed. In fact, this is the highest level since 2017. In addition, Chainlink implemented fourteen integrations across four chains: BNBChain, Arbitrum, Ethereum, and Polygon.

There Is Still the Potential for A 25% Correction

Based on seasoned investor Thomas Bulkowski’s ascending triangles analysis, LINK’s chances of continuing its downturn and reaching its profit goal are 44%. As seen below, the profit goal is calculated by adding the triangle’s maximum height to its breaking point.

Thus, by December 2022, the LINK price will have dropped to roughly $4.15, or nearly 50% less than its current value. However, independent market analyst Pentoshi forecasts LINK will hit $12 in the same time frame. According to him, the token has been trading above the same support that helped drive its price to a record high in May 2021. Pentoshi said, “While people are quiet on it now. I don’t think that will be the case 3-4 weeks from now.”