Coin Metrics Analyst: “FTX Might Have Provided Massive Bailout For Alameda In Q2” 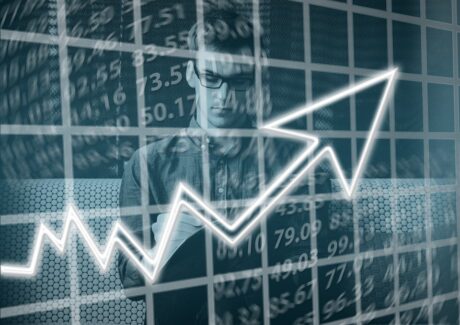 Did this Coin Metrics analyst uncover the key to the whole Alameda/ FTX story? Because let’s face it, it doesn’t make sense. Both of Sam Bankman-Fried’s businesses were extremely profitable. FTX was the world’s third-biggest exchange and growing, why would anyone risk killing that golden goose? There must have been an underlying cause. Did this Coin Metrics analyst uncover it in the on-chain data? He might have.

The Head of R&D at Coin Metrics, Lucas Nuzzi, ends his thread with a warning: “Important to note that this is my own personal highly-speculative take on what happened based on these on-chain artifacts.” The case the Coin Metrics analyst is making rests on solid on-chain data, but the interpretation of what said data means is “highly-speculative.” So, take it with a grain of salt and don’t go around saying this is exactly what happened, because it might not be.

That being said, yikes!

Lucas Nuzzi starts with a statement of fact, “I found evidence that FTX might have provided a massive bailout for Alameda in Q2 which now came back to haunt them.” And then, he poses a mystery. “40 days ago, 173 million FTT tokens worth over 4B USD became active on-chain.” Where did those tokens go? You guessed it, Alameda Research. The day was September 28th. A record-breaking $8.6B in FTT moved that day.

That was by far the largest daily move of FTT in the token’s existence and one of the largest ERC20 daily moves we ever recorded at Coin Metrics. pic.twitter.com/GnUO1ZcCB7

“That was by far the largest daily move of FTT in the token’s existence and one of the largest ERC20 daily moves we ever recorded at Coin Metrics,” Nuzzi tweeted. What was happening around Alameda and FTX near that time? Nothing special, really.

On August 24th, Sam Trabucco stepped down from the Co-CEO position at Alameda Research. “I will stay on as an advisor, but otherwise will not continue to have a strong day-to-day presence at the company,” Trabucco tweeted.
On September 27th, Brett Harrison stepped down from the CEO position at FTX. “Over the next few months I’ll be transferring my responsibilities and moving into an advisory role at the company,” Harrison tweeted.
This one is the kicker. On September 28th, Sam Bankman-Fried tweeted, “Heads up: rotating a few FTX wallets today (mostly non-circulating); we do this periodically.  Might be a few more coming, won’t have any effect.”

If all of this is true, that last SBF tweet will probably make an appearance in court.

So, What Did Alameda Do With The Money?

Believe it or not, the FTT tokens came directly from the original ICO smart contract. The Coin Metrics analyst “found a peculiar transaction that interacted with a contract from the FTT ICO. This 2019 contract *automatically* released 173 Million FTT from the token’s ICO.” Strange, but both organizations are joined at the hip. Then, things took a bizarre turn. “Alameda then sent that *entire* balance to the address of the deployer (creator) of the FTT ERC20, which is controlled by someone at FTX.”

4/ The recipient of the $4.19 B USD worth of FTT tokens was no one but Alameda Research!

So what? Alameda and FTX were intrinsically connected from day 1 and Alameda obviously participated in the FTX ICO.

But what happened next was interesting…

According to Lucas Nuzzi, Alameda Research wasn’t immune to the crypto contagion that plagued the space in Q2. In fact, the company might’ve blown up with 3AC, Voyager, and Celsius. “It ONLY survived because it was able to secure funding from FTX using as “collateral” the 172M FTT that was guaranteed to vest 4 months later.” That’s an extremely risky move. It almost seems like FTX didn’t have a choice.

8/ The Alameda bailout likely put a dent on FTXs balance sheet to the point where it was no longer solvent.

This is why Alameda tried their best to protect FTT’s price.https://t.co/nX1tphjLNR

They didn’t, because “the FTT ICO contract vests automatically. Had FTX let Alameda implode in May, their collapse would have ensured the subsequent liquidation of all FTT tokens vested in September.” If the scenario the Coin Metrics analyst poses is real, SBF and company had to do it. And they paid a heavy price for it. “The Alameda bailout likely put a dent on FTXs balance sheet to the point where it was no longer solvent. This would have been fine if the price of FTT didn’t collapse and a bank run ensued.”

This Is Where CZ And Binance Come In

In this scenario, CZ And Binance somehow found out about the deal. And the biggest cryptocurrency exchange by trading volume had a heavy FTT bag. “As part of Binance’s exit from FTX equity last year, Binance received roughly $2.1 billion USD equivalent in cash (BUSD and FTT),” CZ tweeted when he announced they were liquidating. What does this heavy FTT bag mean? The Coin Metrics analyst explains, “As large holders of FTT, they could start deliberately tanking that market to force FTX to face a liquidity crunch.”

And then they offered to buy FTX and relieve them of their problems.

Presumably for pennies on the dollar.

A master stroke, if true.

But remember the Coin Metrics’ analyst warning, “Important to note that this is my own personal highly-speculative take on what happened based on these on-chain artifacts.”

Featured Image by Gerd Altmann from Pixabay | Charts by TradingView