Which Coins Will FTX And Alameda Dump Next? Red Flag for Solana (SOL) 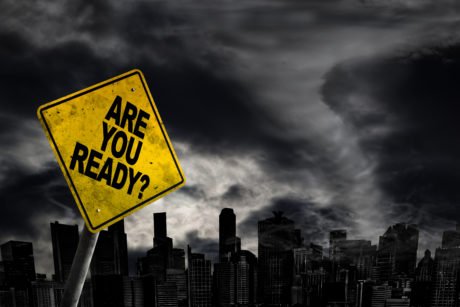 Following the FTT token, Solana (SOL) in particular is currently suffering a massive price slump. As a report revealed last week, the SOL token is one of the major assets on FTX’s balance sheet.

If Binance pulls out of the FTX deal, it could mean a massive sell-off in SOL. Amid concerns about this scenario, the market already seems to be front-running. Over the past 24 hours, Solana (SOL) is down 36% and has slipped out of the top 10 by market capitalization.

At press time, the SOL price recovered above the the major support at $18.53 which was established between April and June last year. However, SOL fell as low as $16.20 today, to a level not seen since March 2021.

Solana plunging as low as $16.12 in the 4-hour-chart on Binance. Source: TradingView

As some analysts warn, however, this impending doom could get even worse. A total of 18,775,348 SOL, the equivalent of about $330 million, will hit the market tomorrow. The reason for this is that in epoch 370 a total of those 18.77 million SOL can be de-staked and presumably dumped on the market.

The analysis service “Look On Chain” has compiled an overview of which whales will stop staking SOL.

Here you can see which whales stop staking $SOL.

Follow them to see when they withdraw $SOL and transfer out. pic.twitter.com/dbdTpZNdyg

As the former host of CNBC Crypto Trader and founder of Crypto Banter, Ran Neuner, explained, there is also other big trouble on the horizon for Solana.

“Market realizing that CZ now owns 10% of the tokens and that he would rather support BNB chain than SOL. Also Solana just lost all the support and investment that FTX and SBF were making in the ecosystem”, Neuner forecasted.

Other Altcoins Which Could Be Doomed By Alameda

But it’s not just Solana (SOL) that seems to be in big trouble. Analysts have compiled a list of all Alameda ERC20 tokens that could see a potential sell-off in the coming days.

Since Binance CEO “CZ” will only bail out FTX if the deal goes through, all Alameda assets could pose a threat to their respective markets.

The analysis service estimates that Alameda’s net worth is $222.4 million. In total, they found 56 addresses associated with Alameda that begin with “0x.” In addition, the analysts also analyzed Alameda’s assets and liabilities on Defi.

In addition, they are warning of a dump of SRM, OP, MATIC, MASK, SAND and FTM.

Excluding stablecoins, $ETH, $BIT and $FTT are worth more than $1M.

You need to focus on these tokens, she may sell at any time.

Also, $SRM, $OP, $MATIC, $MASK, $SAND and $FTM are worth keeping an eye on. pic.twitter.com/mLbBS8vBIK