XRP Price Drops While 2 Bullish Events Are Kicking Off 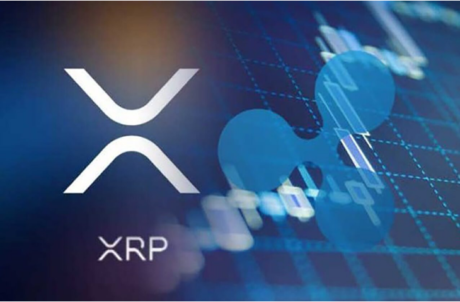 The XRP price cannot escape the broader market sentiment at the moment and was trading at $0.3781 at press time. With this, XRP was unable to defend yesterday’s gains of over 9%, and continues to show itself trapped in a price channel between $0.32 and $0.40.

The channel was established when XRP price fell from above $0.50 to near the 1-month low at around $0.32 on November 09 as a result of the FTX collapse. In the 1-hour chart, XRP is currently trading above the 50 and 100 Simple Moving Average (SMA), but below the 200 SMA.

To signal an uptrend, XRP price needs to climb above $0.40, and could then meet the first notable resistance at around $0.43, before facing major resistance at $0.50. To avoid another downside move, XRP should not fall below $0.3650.

Good News Incoming For Ripple And The XRP Price

In a recent tweet, Ripple announced an expanded strategic partnership with MFS Africa.

The fintech company has the largest mobile money presence in Africa with over 400 million connected users and over 800 payment corridors across the continent and growing. The blockchain company tweeted:

We’re thrilled to announce that our On-Demand Liquidity (ODL) solution is expanding via our partnership with MFS Africa ! Africa holds 70% of the world’s $1T mobile money value, and ODL will further enhance digital payment rails across the continent.

The new partnership is designed to optimize real-time mobile payments for their customers in 35 countries. Notably, the XRP-based payment On-Demand Liquidity Solution (ODL) will play a role.

The goal with this is to bypass friction and bottlenecks associated with sending money across borders via traditional payment systems. On the potential, Ripple writes:

While mobile money users in Africa have grown exponentially in recent years, the number of users worldwide is expected to reach 70% of the global population.

Another event XRP that could impact the XRP price massively is “Swell Global”. The annual event will take place in London this year, from Nov. 16-17.

Among others, James Wallis, head of RippleX, will discuss “Strategy and Best Practices For Central Bank Digital Currencies”. In addition, Wallis will announce the winners of the “CBDC Innovate Global Hackathon”.

On the second day, Derrick Walton of Bank of America will participate in a discussion panel on the role of commercial banks in the adoption of CBDCs. Mastercards Lambert will talk about the question: “Is Cryptocurrency The Next Internet?”.

A major news could give new life to the XRP price.

The day has finally arrived! @BGarlinghouse will soon be kicking off #RippleSwell Global in London surrounded by our esteemed speakers, valued customers, and riveting discussions on the latest in #crypto.

Check back in for updates you won’t want to miss! pic.twitter.com/HFz5g3Xmf2