Bitcoin Recovery Only Temporary As All Roads Lead To $15,000 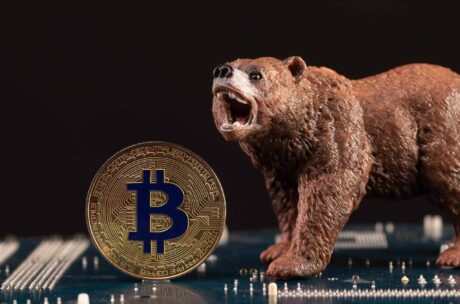 Bitcoin recovered above $16,000 in the early hours of Monday after hitting $15,600 on Sunday. With the continued trend above $16,000, it is starting to look like the digital asset is finally on a path to recovery but this is not the case. The recovery only shows a temporary stoppage in what is a continuous bleed as momentum continues to drop across the space.

This Is Not The Bitcoin Bottom

The bitcoin bottom is still highly debated even now. When the digital asset had hit its previous cycle low of $17,600 and then ranged above $20,000 for a long time, there were speculations that the bottom was finally in but historical data said otherwise, which turned out to be true.

Now, bitcoin has already reached a new cycle low of $15,500. However, going by the same historical data, it is unlikely that the bitcoin bottom has been marked. Instead, it is more likely for the digital asset to see $15,000 going forward than another recovery above $20,000. This is because of the developments that are still coming out of the space.

By now, it is no longer a secret that the FTX collapse had rubbed off on a lot of big players. Where the collapse of the likes of Terra and Celsius had been bad, FTX’s decline carries worse implications for the crypto market. Add in the fact that the crypto exchange was hacked for more than $300 million and the hacker is now dumping the tokens, and there is no way that BTC has seen its bottom yet.

There is also little to no support at $16,000 for the digital asset even at this time. It remains a seller’s market, which means that the bears remain in control. There is also significant resistance at the $16,500 level, and with the low momentum in the market, a test of this area is unlikely.

Historical trends place the bitcoin bottom somewhere around $12,000-$13,000, so another 20% could be in the future of BTC before it registers a lasting bottom.