Bitcoin Bottom Is Near, But A Drop To This Level Is Possible, Renowned Analyst Says 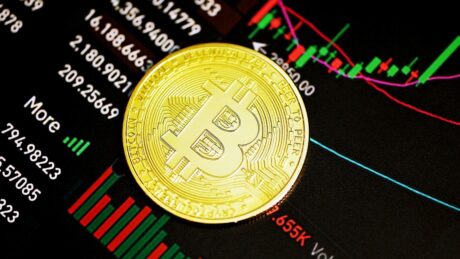 After Bitcoin failed to sustainably overcome the important resistance at $16,600 within the last five days, the price saw a renewed pullback a few hours ago.

A week ago, on November 21, the BTC price fell to a new bear market low of $15,480, after which the price saw a spike, which, however, came to an abrupt end, questioning the strength of the bulls.

At press time, BTC was trading at $16.195 and initially found support at $16.050. If the closest resistance at $16.310 does not turn back into support, a retest of the current bear market low could be on the cards.

Bitcoin Bottom Still Not In?

Meanwhile, well-known on-chain analyst Willy Woo has told his 1 million followers that a Bitcoin bottom could be near. The analyst is using three on-chain data models to come to this conclusion.

As Woo writes, the CVDD floor price is currently being tested. The model examines alternatives to the market price. Dashed lines mean the model is purely technical, meaning it uses only the market price as an input. Solid lines include metrics that come from the blockchain, meaning they include investor, network, and user behavior fundamentals.

Ultimately, the model created by Woo in April 2019 uses the age and value of Bitcoin moving to new investors to create a floor. Woo’s theory: “When significantly old coins (say bought at $100) pass to new investors (say at $16k), the market perceives a higher floor.”

Currently, the model with a proven track record is showing a second retest.

The max pain model also signals that the Bitcoin bottom is coming closer. Historically, the Bitcoin price reaches its bottom of a macro cycle when 58%-61% of the coins are in the loss zone. Whenever the price has fallen into the green zone, it marked a floor.

“The upper limit of the shaded area is at 13k and rising rapidly,” Woo said. Thus, another price drop could be possible, although the analyst also stressed that not all lows were reached, with “those that weren’t were close.”

Third, Woo looked at the MVRV ratio. This represents the ratio between the market cap and realized cap. Its purpose is to show when the exchange-traded price is below “fair value” and to identify the highs and lows of the market. Analyzing the MVRV ratio, Woo states:

MVRV ratio is deep inside the value zone. Under this signal we were in already bottoming (1) until the latest FTX white swan debacle brought us back into a buy zone (2).

Overall, Woo sees the possibility that the bottom could mean a little more pain for Bitcoin investors. He also points out that the market is in an “unprecedented deleveraging scenario,” putting all models to the test.

As Glassnode’s senior on-chain analyst Checkmate noted via Twitter, Bitcoin miners could be a reason for more pain as they have run into serious trouble in recent months.

The hash price has fallen to an all-time low. The mining industry is quickly becoming another problem area in the market and thus, the risk of “miner capitulation in round 2” is also rising.