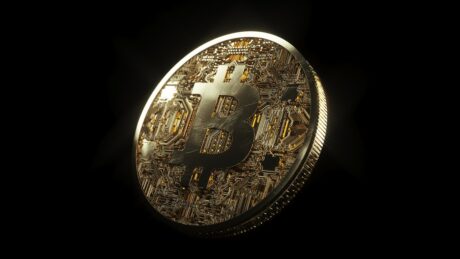 Bitcoin is trending sideways in its current range, the cryptocurrency managed to prevent a fresh assault from the bears, but uncertainty remains strong in the market. This status quo supports the price action, and it could operate as the dominant trend for the remaining of the year.

As of this writing, Bitcoin trades at $16,400. The cryptocurrency has been stuck at these levels for today’s trading session after re-testing its yearly lows yesterday. In the wake of FTX’s collapse, crypto users have lost confidence. This could have a long-lasting impact on the nascent asset class.

Data from crypto exchange Bitfinex indicates that users are withdrawing their Bitcoin from exchanges en masse. The FTX’s collapse triggered a massive BTC outflow from trading venues; investors fear losing their funds in the contagion.

The chart below shows that exchanges’ BTC supply has decreased since mid-2021. This trend steeped in 2022 as the crypto market crashed, and Bitcoin lost over 80% of its value from its all-time high of $69,000.

Less Bitcoin on trading venues is a good thing in a different market. Market participants perceived this as a bullish sign as people and institutions can’t sell their BTC. Thus, bullish price momentum has fewer chances of meeting resistance.

However, the current market conditions are different. The decline of Bitcoin supply on exchanges might indicate troubles for the crypto market.

As Bitfinex noted, crypto exchange Gemini has seen the most significant decline in its BTC supply. The exchange saw its Bitcoin reserves drop from 210,000 BTC to 163,000 in one week. Overall, trading venues lost over 1 million BTC in the past month. The report claims:

This data suggests that a mass exodus of retail off centralised exchanges is underway. Every development that suggests that a particular exchange is in trouble is a catalyst for depleting balances on exchanges. This trend has been in place since FTX insolvency rumours first emerged.

Throwing In The Towel

In addition, to the decline in the BTC supply, the report noted discouragement among retail investors. These users might leave the crypto space for good after taking a blow on FTX.

Whale (1-10k BTC balance) bubbles serve as local support and resistance, however, BTC whales have been selling, and their current wallet balances do not compensate for the exchange outflows (…). The takeaway for investors is that even though one might consider the numerous black swan events to be behind us, selling pressure from HODLers and whales is still increasing.