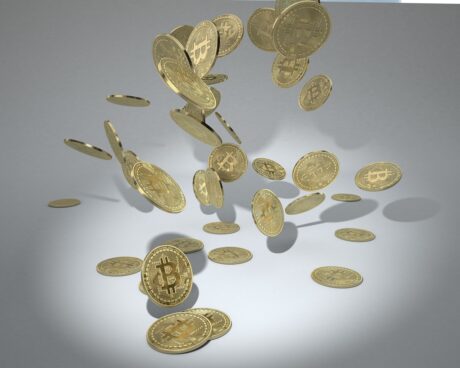 Bitcoin and other cryptocurrencies are feeling the effects of the negative trends occurring in the market. The crypto winter predicted to wind up in early November by some experts is still in full swing. Crypto critics like Warren Buffet still views crypto as a risky asset.

The FTX saga has further changed the narrative, with investors unsure of keeping their holdings with exchanges. In addition, the Securities and Exchange Commission (SEC) now has support in the lawsuit against XRP.

In the wake of these chaotic events in the past weeks, the market outlook has shown a high fear index. As a result, bitcoin mining is taking a beating as events continue to unravel daily.

Hash Ribbon Forms A Death Cross – What Does It Mean?

The hash ribbons – a technical indicator – has formed a so-called “death cross” that has previously indicated bitcoin miners buckling under pressure. These indicators use simple daily moving averages to unravel any changes in hash rates.

Hash ribbons are renowned for long-term applications to identify macro bottoms on a Bitcoin chart. The formation of a bearish cross signals a strong downtrend. It means hash rates will reduce from the previous optimal levels.

According to Charles Edwards on Twitter, the miner capitulation is a fallout from the $10 billion FTX fraud and collapse. Will Clemente, an industry analyst, observed the signal stating that “we are potentially entering into a double dip miner capitulatory period.”

A similar event occurred in June 2022 with the formation of a death cross after the collapse of Luna. Glassnode reports that the hash rate seven-day moving average stands at 13.7% less than the all-time high value.

The mining difficulty will now vary by -9% in the coming week. Hash rates have dropped dramatically as more miners begin to shut down their mining rigs. The hashrate today stands at 234 EH/s (exahashes per second.

The mining difficulty is at its peak of 36.9 T. this figure will reduce with the hashrate falling and the competition between miners reducing. However, mining profitability (hash price) is the worst hit standing at $0.056 per day for each TH/s.

Profitability has been declining, with an 82.55 decrease observed within a year. In addition, miner capitulations lean toward the bears and add more selling pressure leading to the BTC price falling in the short term.

Bitcoin price has shown signs of a slight revival today. Despite a brief retracement on Sunday, the price has consolidated in the $16,000 to $17,000 range.

The FTX effect on the market is the leading cause of the latest downtrend. BTC is far from its November 2021 all-time high value by 76.5% and is trading at a two-year low.

The current crypto market closely mirrors the bear market of late 2018 following the capitulation in November of that year. With such an unexpected turn of events, a bullish rally might not hold for a while.

With the bearish cross in the hash ribbons, pessimism is on the rise for crypto prices. With lower rewards for miners, it is most likely that more miners will close shop in the coming weeks.