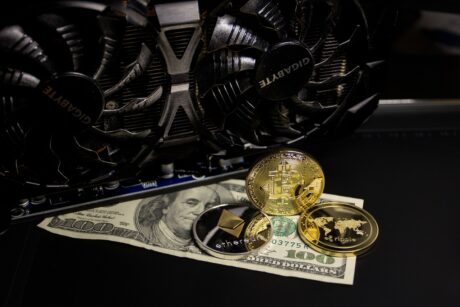 Bitcoin and the entire crypto market bleed due to many challenges that have befallen the industry. From the Terra crash and continuous interest rate hikes to FTX implosion, the market hasn’t enjoyed a whole month of positive price trend.

As the investors cry about the loss of investment funds, the miners of Bitcoin struggle to remain afloat. As a result, BTC price has continued to plummet even with the increasing electricity costs for miners’ operations. But, surprisingly, many miners in Russia will buy mining rigs now.

According to Kommersant’s recent report, many miners in Russia are grabbing more Bitcoin rigs in Q4 of 2022. In addition, the researchers discovered that the sale of ASIC rigs skyrocketed at the end of the year. This is surprising given the continuous fall of crypto assets in the market.

On a closer look, it became clear that Russian miners enjoy cheaper electricity costs. In addition, the country provided more affordable electricity for many regions, making it easier for households and businesses in those places to flourish. So, while other miners in countries with high power cost struggle, their Russian counterparts have it more accessible.

Another reason for gathering more ASIC crypto mining rigs is because of the cheap offer for the equipment. As a result, ASIC prices fell in the country, spurring many miners into action to acquire more.

More reason that led to this surge in mining rig purchases was the rising interest in crypto mining as a viable investment opportunity. According to Xive co-founder Didar Bekbauov, bitcoin mining became attractive because of lesser investment opportunities, sanctions, and the high-tech qualifications of many people in the country.

The buying spree started after the Ministry of Finance of the Russian Federation (MiFin) and the Bank of Russia (BoR) agreed to support crypto mining. But they allowed it in regions with more energy allocations, not those with scarce energy supply.

Secondly, Russian regulators introduced a bill to legalize mining and the sale of mined assets in the country. This bill came up in the Russian State Duma, the lower parliament.

Also, financial analyst Vladislav Antony stated that the lower ASIC mining rigs price, which is now close to the production costs, is a good encouragement for new investors. Mining revenues in Russia have increased recently, even with the BTC price recording a near two-year low.

One of the distributors of mining rigs in Russia, Chikot, recorded more sales in October and November. This was different from their Q3 records.

Data shows that Chikot sales in Q1 to 3 were higher than 2021 sales by 65%. By August and October 2022, the hardware price fell by nearly 20% and remained the same for the following months.

As a result, Chikot even recorded a 30% increase in mining rig purchases in one transaction, different from early 2022 records.