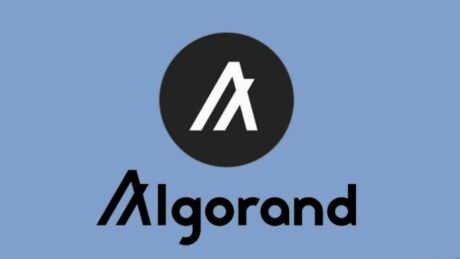 The Algorand price has been positive over the last 24 hours. Despite minor gains, the altcoin has been moving north. There have been many updates in Algorand’s ecosystem, which might have brought in a slight appreciation in price. As bulls slowly return to the market, investor interest has also shot up accordingly.

The technical outlook of ALGO has depicted that the buyers were dominating the market at the time of writing. Recently, Algorand’s developments have made it compatible with Cardano, which has created more liquidity injection into the ecosystem. This development could encourage venture capitalists to inject more liquidity into Algorand, thereby reflecting positively on its price.

Algorand price depicts positive predictions, but it must be remembered that ALGO’s ecosystem is developing. ALGO’s price appreciation is a matter of time as more applications get developed on the platform. For ALGO to topple above the $0.26 resistance mark, buyers have to garner further strength.

Algorand was priced at $0.24 on the one-day chart | Source: ALGOUSD on TradingView

ALGO was auctioning for $0.24 on the one-day chart after it noted a 1.9% appreciation. At the current moment, it can be said that Algorand is consolidating below its immediate resistance of $0.26. A move above the aforementioned price level will ensure that the altcoin can rally to $0.31.

Algorand will lose its current support level unless buying strength increases significantly. In such a case, the nearest support floor for the altcoin was $0.22. The amount of Algorand traded in the last session noted a substantial increase, which indicated that buying strength was shooting up.

Algorand noted an uptick in buying strength on the one-day chart | Source: ALGOUSD on TradingView

Buyers’ interest has returned to the market as the altcoin has started to climb on its chart. The Relative Strength Index spent most of the month in the selling zone, but there had been a recovery on the indicator at press time. For ALGO to touch $0.26, the RSI has to travel above the 50-mark.

Similarly, although the Algorand price was progressing upward, it was still below the 20-Simple Moving Average line. With slight accumulation, Algorand would topple above the 20-SMA line. Sellers are currently driving the price momentum.

Institutional interest has noted a positive change over the past few trading sessions. There was a downtick in the Chaikin Money Flow, which depicts the capital inflows and outflows. Despite the downtick, CMF was still positive.

If capital inflows are to remain above the half-line, demand for ALGO cannot waver. Moving Average Convergence Divergence indicates price momentum and trend change. MACD formed green signal bars after noting a bullish crossover, which meant buyers could act on it and possibly make gains.