Hedera (HBAR) Continues To Consolidate Near Its Lowest Level This 2022 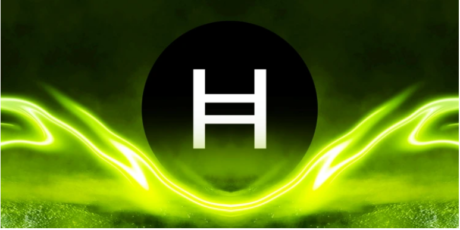 Hedera (HBAR), the native and energy-efficient cryptocurrency of an open source public distributed ledger bearing the same name, started the year on a high note, peaking at $0.3282 on January 5.

But the crypto asset failed to keep up its momentum and gradually declined over time until it fell below the $0.10 marker on May 13 when it bottomed at $0.0870.

HBAR continues to struggle in reclaiming the $0.10 territory
Hedera technical indicators currently show no signs of an immediate reversal
The crypto asset increased its market cap by $400 million in just 24 hours

Since then, the altcoin struggled to climb back up and its woes were compounded by the negative effects of the collapse of the FTX cryptocurrency exchange platform.

On November 10, Hedera recorded its 2022 low when it changed hands at $0.0439 and is not showing any signs of initiating a bullish run anytime soon.

Its relevant technical indicators are also nothing to be excited about as they are not indicating an upward push that may happen over the next few days or weeks.

Not Much To Look Forward To For Hedera?

According to latest tracking from Coingecko, at the time of this writing, HBAR is trading at $0.0482 and is dangerously close to the lowest level it has been this year.

The crypto has lost 2.7% of its value during the previous seven days and its bi-weekly gains only stand at 3.3%, although it managed to increase its market capitalization by $40 million over the last 24 hours and now has $1.20 billion in overall valuation.

Sadly, the altcoin’s Relative Strength Index (RSI) is no better than its 12-month low despite some episodes of minor upticks in this particular department.

Hedera’s Money Flow Index (MFI) is also leaning towards the bearish side as it signals a noteworthy accumulation rate over the previous two weeks.

Finally, the weighted sentiment metric for the cryptocurrency has been on a status quo during the last few days, hinting that there is no significant level of demand for the asset to help trigger a surge in its price.

Preparing Amid The Bear Market

While Hedera failed to emulate the likes of Litecoin (LTC), ApeCoin (APE) and Axie Infinity (AXS) that recorded price jumps during this crypto winter, its network took advantage of the time to prepare for the long game.

Using Twitter, HBAR Foundation shared a clip from the recent interview of the network’s VP for Ecosystem Acceleration, Rob Allen.

The @Hedera network is providing utility throughout every sector, across every use case. Bear markets are for #BUIDLing pic.twitter.com/LsiN7BSiSD

While Allen certainly admitted they were affected by the bear market, he claimed that they continued to work in improving their system with the primary goal of increasing the utility of their native token, HBAR, across various sectors.

With this, he has expressed his excitement about what awaits their crypto asset when the next bull market comes, saying he has high hopes and expectations for its long-term recovery.