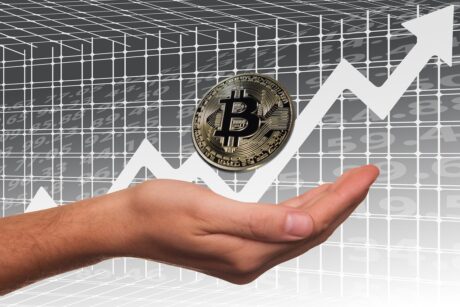 The low profitability of BTC mining is still puzzling for many crypto fanatics and investors. There’s no surprise here, given the ever-increasing energy costs. Moreover, the bear market is also significantly impacting Bitcoin’s mining difficulty.

As for now, making reasonable profits from mining Bitcoin is not probable. This fact, however, doesn’t imply that BTC mining is fruitless. On the contrary, miners would be alright, provided they engage the right tools in the mining process.

The Difficulty of BTC Mining Drops

The BTC mining sector is experiencing a downturn. The difficulty percentage of mining Bitcoin dropped to about 7.32% on Tuesday. This occurrence isn’t far-fetched from the plummeting prices of digital tokens, which has also lessened miners’ gains.

According to data from the BTC.com mining pool, the system made the most significant adjustment since July 2021, with block height at 766,080. The adjustment matched July 2021, when many miners backed out of the system. This motion resulted from China’s ban on digital currencies at the time.

As per the BTC mining process, the computing power or hashrate upon mining defines the outcome of mining difficulty. This system is essential to stabilize the time required to achieve one block of Bitcoin. As the number of miners increases, so does the mining difficulty.

In addition to the reduced mining difficulty, BTC miners are also seeing a steady increase in energy costs and electricity rates. These events also negatively impacted miners’ revenue in the last few months.

Howbeit, miners are not the only victims of the stubborn plummeting price of Bitcoin. Recognized producers like Argo Blockchain (ARBK) and Core Scientific (CORZ) strive to survive bearish market liquidity pressures. Compute North, on the other hand, saw Chapter 11 bankruptcy as the only way out.

The company witnessed a breakthrough after acquiring new and efficient equipment a few months back. At the time, they received new miners who drove several projects into success.

Also, there was a notable increase in difficulty and hashrate between August and November 2021, when the last positive adjustment was made.

The company had hoped that the success would continue, only to be driven by the adverse wind of the 2022 crypto winter. This was the beginning of the downturn of the hashrate. Nevertheless, it displays higher values than those shown immediately after China’s breakoff from the crypto sector.

Miners now seek to have a reduced price of electricity due to the steady plunging in profits. But, according to a Luxor analyst, Jaran Mellerud, miners still pay between $0.07 and $0.08/kWh for an average electricity price of $0.05/kWh. In the meantime, the price of BTC stands at $16,961. The token shows a 24-hour price change of -0.46%.

Bitcoin will most likely surpass the $17,000 Boundary l BTCUSDT on Tradingview.com
Featured image from Pixabay, chart from TradingView.com