Polkadot Bears Might Drag Its Price Down Despite Bullish Signals 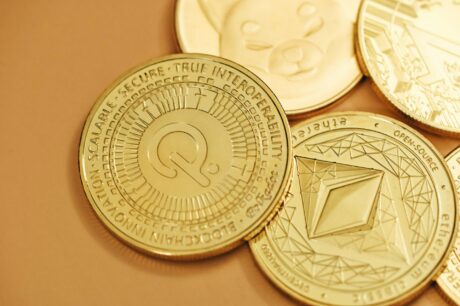 The Polkadot price has attempted to break past its immediate resistance several times during the first week of December. Despite that, the bulls could not build on their strength. This suggests that the coin’s buying power remained low at higher price levels for the altcoin.

The technical outlook for the coin depicted a fall in demand. Accumulation has remained quite low for Polkadot throughout the month of November and the first few weeks of December. DOT increased 2% over the last 24 hours, but that doesn’t reflect bullishness on the one-day chart.

The Polkadot price has to trade above the $5.71 mark to target $6. The $5.71 price resistance has been a strong barrier for the coin. Broader market strength and a push from buyers can only help the altcoin move north. Polkadot market capitalization also declined, indicating that bearish strength still prevailed.

Polkadot was priced at $5.30 on the one-day chart | Source: DOTUSD on TradingView

DOT was trading at $5.30 at press time. Although the coin crossed the $5 mark, the bears could drag the price to $4.30. Immediate resistance for Polkadot was at $5.71, breaching which DOT could have a shot at $6.

On the other hand, the first line of support stood at $4.50, falling through which the coin will rest at $4 if DOT does not lose momentum, which appears unlikely given the low demand for the altcoin. A bounce off the $5 mark could help Polkadot move above the $5.70 mark.

Toppling the $5.70 level will give DOT a chance to rally to $6.21. The amount of Polkadot traded in the last session remained low, which meant bearishness on the chart.

Polkadot registered a fall in buying strength on the one-day chart | Source: DOTUSD on TradingView

DOT depicts that buyers have lost interest in the altcoin. The Relative Strength Index (RSI) fell closer to the 40-mark, meaning that buying strength was much lower than selling strength on the chart.

The Polkadot price had tried to move above the 20-Simple Moving Average (SMA) line several times in the past few weeks. Despite that, the bulls lost steam. At the moment, the Polkadot price was below the 20-SMA line, which indicated low demand and that sellers were driving the price momentum in the market.

The other technicals also pointed towards negative price action. The Directional Movement Index was negative, as the -DI (orange) line was above the +DI (blue) line. The Average Directional Index (red) indicates the strength of the price momentum; it was above the 20 mark but noted a downtick.

This downtick denoted a loss in the strength of the price momentum. Bollinger bands depict price volatility and fluctuation. The bands were constricted, indicating range-bound movement and low volatility for the altcoin.