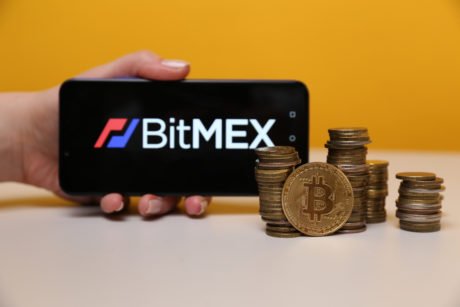 Arthur Hayes, the co-founder of crypto derivatives platform BitMEX and Bitcoin pioneer, has spoken out about the current state of the market in an interview with Scott Melker.

Despite the threat of a looming recession in the U.S., Hayes believes Bitcoin is in a bottom phase. According to him, the origin of the boom-and-bust cycle is the rampant monetary policy.

“If we take a step back and look at why BTC went up so high because [… ] the biggest economy in the world printed the most money they’ve ever done. Obviously a lot of money flowed into crypto,” the BitMEX founder said.

The excess needs to be reversed now. Notably, it also contributed to the “behavior of Sam Bankman-Fried, FTX, Kyle, Zhu and all of the centralized money platforms. All bankrupt and insolvent.”

Bitcoin Bottom Is In

Looking forward, this is the key bottom indicator for Hayes as “pretty much everyone who could go bankrupt has gone bankrupt”.

Remarkably, the collapsed entities sold Bitcoin and Ethereum first, indicating the health of the market. By contrast, “dog and shitcoins” are still left on their balance sheets because they are super illiquid, Hayes noted.

He added, “if you look at Alameda’s balance sheet, there’s no BTC on there. They sold Bitcoin as they were going bankrupt. The shitcoins are left.”

That’s another reason why BTC will be ringing the bell for the end of the bear market, while some altcoins will remain depressed, Hayes asserted:

[Bitcoin is] the most pristine and most liquid asset, and that’s why it will lead us off the bottom too. And obviously the shitcoins will follow. But there’s a lot of bags held by bankrupt companies who need to liquidate them.

But at least for Bitcoin, I am very confident that the largest, most irresponsible entities have sold all the Bitcoins to diamond hands.

In the addendum, the BitMEX founder went on to say that he can’t prove that all the BTC held by these failed entities were sold during the crashes, but it looks like it.

In his recent blog post, Hayes added that he currently sees no reason why people should not hold Bitcoin unless they have a “pressing need for fiat money.”

Looking further into the future, the BitMEX founder believes BTC will bounce back next year as the U.S. treasury and bond market will become dysfunctional sometime in 2023 due to the Fed’s tighter monetary policy.

At that point, Hayes expects the Fed to fire up the money printer. Then, Bitcoin and all other risk assets will skyrocket. However, Bitcoin will serve as an indicator and will decouple from the S&P500 beforehand.

Moreover, the BitMEX founder does not expect the true test for Bitcoin, a recession, until 2024 or 2025 when he forecasts a “generational collapse” to happen.

“Hopefully it’s better than the 1930s, but depression-like. And then the question is, can Bitcoin outperform the 10-year treasuries and really high inflation?”, Hayes said.

Until then, the dollar and BTC markets will be correlated. Whether Bitcoin is truly an inflation hedge and will show any usefulness remains to be seen then. “That’s the real test”, Hayes concluded.