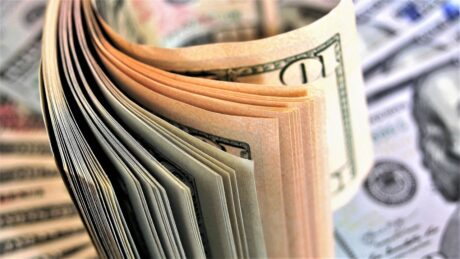 The emergence of Maple Finance brought a different approach to the entire process. This bold DeFi lending protocol requires no deposit of extra crypto tokens as collateral for borrowing.

In the decentralized finance (DeFi) space, cryptocurrency lending came as a means that allows investors access to their preferred tokens. However, they must deposit other crypto coins as collateral before borrowing the given assets. This will help curtail risks and losses for the DeFi lending platform.

Instead, it all lies in the hand of the lending pools to decide on granting the crypto loans or not. They would have to evaluate the borrower’s ability to repay based on his creditworthiness.

However, the prevailing crisis in the crypto market has given a massive blow to Maple in terms of stress tests since its launch in 2021. The protocol has witnessed a cumulative $36 million of defaulted loans and $18 million distressed in the past fortnight.

Maple’s bad debts represent about 66% of the total outstanding in its four active lending pools. Also, most of the vast borrowers have revealed losses due to their investments in the collapsed FTX exchange.

The outplaying events are creating negative waves for Maple. Already, its native token, MPL, has plummeted to an all-time low as it lost 50% of its value. Most participants and analysts are trying to highlight the wrong footing with the DeFi lending platform.

They intend to x-ray the rules and operations of the protocol for a possible amendment that could sustain the project again.

The focus is on the risks associated with uncollateralized crypto lending. Also, a combination of fraudulent decisions and poor protocol design heightened the project’s condition.

Maple faces a severe crisis with its crypto credit formalities. The protocol grew its lending book to $900 million within a year. Its popularity spiked among market makers that seek liquidity for borrowing and crypto trading companies. However, its range of depositors comes from institutional and average retail investors that want huge yields.

We would like to provide an update regarding Auros, who today missed the principal payment on a loan of 2400 wETH which triggered a 5-day grace period as per the smart contracts.

But the collapse of the Terra ecosystem and FTX exchange brought massive losses to Maple. According to Token Terminal data, the protocol had a drop of $82 million in its outstanding loans.

Two of the protocol’s former credit managers, Celsius Network and Alameda Research (FTX’s sister trading firm), are already bankrupt. In addition, they are facing several allegations regarding their unprofessional business approaches and practices.

Also, the third credit pool manager, Orthogonal Trading, was kicked out of Maple Finance. The firm was accused of misrepresenting its financial records to conceal losses from the FTX fiasco.