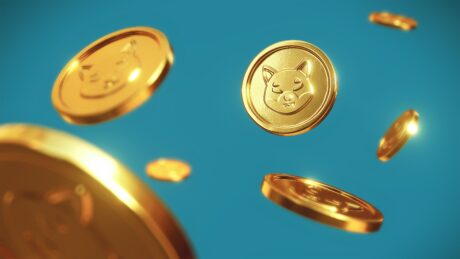 Shiba Inu has declined by more than 6% in the last week, and as a result, has lost its place in the market as the 14th largest coin to Tron (TRX).

More than one month following the FTX collapse, SHIB has continued its struggle as the meme coin has been unable to put together any bullish momentum. While the rest of the market was also hit hard by the crash, other top coins have been nonetheless able to show at least a little recovery. Shiba Inu, on the other hand, has moved virtually sideways since then, and thus still finds itself down almost 30% in the period.

As you can see in the above graph, Shiba Inu has taken a hit during the last few days, breaking the monotonous sideways trend a bit. After this decline, the meme coin’s monthly returns now stand at around -8%. For comparison, rival Dogecoin is up almost 1% in the same period, while Bitcoin has seen profits amounting to 4%.

A consequence of SHIB’s recent poor performance has been a change in its standing among the wider cryptocurrency sector. Just last month, Shiba Inu was the 13th largest coin based on the market cap, but the meme coin declining while its competitors have shown better strength has led to it first losing its spot to Litecoin (LTC), and now being overtaken by Tron (TRX).

The below table shows how the 12th to 17th-placed cryptos have performed recently.

The current market cap of Shiba Inu is around $4.8 billion, which is actually only slightly lower than Tron’s almost $4.9 billion cap. This means that with only a little uptick in price, the crypto can possibly retake the 14th spot on the list.

However, it’s also true that the next-placed asset, Solana, is only minimally behind SHIB now, suggesting that if the meme coin continues to do poorly, it will easily tumble further down the list.

Dogecoin has also been struggling recently, but despite its 10% decline in the past week, the coin is still comfortably sitting at the 8th position in the list, with more than double the market cap of SHIB.