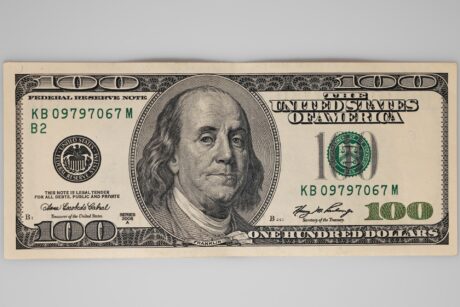 The Solana price is up by 6% over the last 24 hours. As the broader market secures upward price movement, most altcoins have followed suit.

The release of the Consumer Price Index (CPI), which is an important measure of inflation, showed that U.S. inflation had slowed to 7.1%, down from 7.7% in the past month, as depicted by the numbers released by the U.S. Bureau of Labor Statistics.

The data has revealed that consumer inflation has fallen, pushing stock futures to rise. Owing to this report, the crypto market has also shown signs of recovery.

Solana, for instance, had been consolidating for the past few weeks; at press time, however, it has been eyeing a breakout on the upside. The technical outlook for the coin has begun to favor the bulls, indicating accumulation on the chart.

As demand for the altcoin is making a recovery, buyers have started to show interest in the chart. Over the last week, the coin lost 1.6%, and the daily gains have managed to undo most of the coin’s loss.

The market capitalization of Solana has also noted an increase, denoting bullish power in the market. It is, however, important for SOL to cross a couple of price barriers in order to continue its upward price trajectory.

SOL was changing hands at $13.80 at the time of writing. The coin has been making intra-day gains after the U.S. CPI data release. The overhead resistance for Solana now awaits at $15, breaching which the coin could move over the $20 mark.

Although buying strength needs to remain consistent in the market, a price pullback scenario is unlikely but not impossible, in which SOL would slip to $12 and then to $10. The amount of Solana traded in the last session demonstrated bullish strength, indicating increased buyers on the chart.

The price of the asset has depicted congestion for several weeks now. It has been trading along a descending trendline, but Solana price awaits a breakout now. If that happens, SOL will rise above the $23 price zone. This would mean a 64% price appreciation for the coin.

In regards to the increase in accumulation, SOL moved above the 20-Simple Moving Average line, meaning that buyers were driving the price momentum in the market.

In correspondence with more buyers, SOL logged buy signals on the chart. The Moving Average Convergence Divergence (MACD), which measures price momentum, underwent a bullish crossover. This is good news for buyers, as it acts as an entry point for them to secure gains.

The Directional Movement Index (DMI) was yet to reflect positive price action as the -DI (orange) line was above the +DI (blue) line. The Average Directional Index (red) was just below 40, marking strength in the bullish price movement.