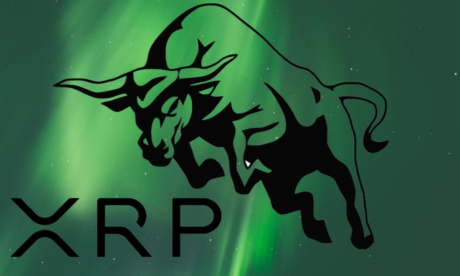 XRP whales have taken advantage of the price decline recorded in the crypto market to fill up their bags. These large investors have been rapidly buying up the tokens and increasing the percentage of supply they hold. In the last month, the holdings of these large whales have seen a significant uptick, sending their cumulative total holdings to one of the highest it has ever been.

Gobbling Up The Coins

Data from Santiment shows that the holdings of XRP whales with 100,000 to 10 million coins on their balances have jumped more than 6% in the last five weeks. These whales had held around 11% of the total XRP supply in mid-November following the crash of the FTX crypto exchange. But since then, they have increased their holdings by millions.

Presently, the total percentage of supply held by these large whales is hovering around 18%. The chart below shows a clear uptrend in the last month where the holdings of these whales have increased, especially those holding between 1 million to 10 million coins.

The same trend is also seen among wallets holding above 10 million coins. These wallets now hold a larger majority of the total supply at 71.67%, up from the 70.8% recorded in mid-November. So in total, addresses holding 100,000 coins and above now command around 90% of the total XRP supply.

Will XRP Rally From Here?

XRP’s price is currently moving in tandem with the crypto market which is still feeling the effects of Wednesday’s FOMC announcement. However, this clear accumulation trend among XRP whales could hint at a possible decoupling of the digital asset’s price from the broader crypto market, leading to a rally.

With prices so low, a lot of investors are not looking to sell their coins, but rather are investing for the long term. If the available supply continues to go to investors who are long-term holders, then such demand could result in a supply squeeze.

The Santiment data also shows accumulation even among smaller addresses, so it is possible that XRP would test the $0.4 resistance level before the week is over. The low volatility associated with weekend markets could get in the way of XRP’s rally but it could also be a blessing in disguise to help the cryptocurrency hold any gains it may register between Thursday and Friday.

XRP is trading at $0.38 at the time of this writing. It remains the sixth largest cryptocurrency with a market cap of approximately $19.2 billion.