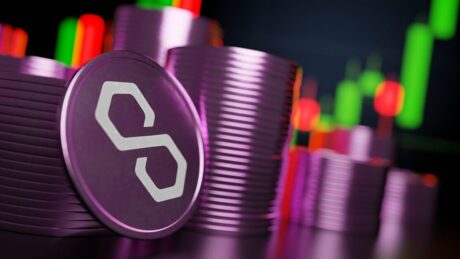 MATIC has had a rollercoaster of a year. Its price has fluctuated between cycle peaks and cycle lows year-to-date but has seen some good recoveries as well. However, as the week draws to a close, MATIC dove off its $0.9 cliff, and investor profitability has plummeted right along with it.

Over the last 24 hours, the price of MATIC is already down more than 5.6%, according to data from TradingView. The digital asset which had been able to maintain its $0.9 level for the last few weeks had eventually succumbed and drifted down.

By the time the markets opened for trading on Friday, MATIC had already touched its 24-hour low of $0.84 before marking a small recovery back above $0.85. Its 5.6% decline coincided with a broader decline in the crypto market, which means it wasn’t an isolated incident for the token.

It followed the likes of Ethereum (ETH) and Binance Coin (BNB), both of which had recorded more than 5% losses in the same time period. Volume was also down across the space with MATIC seeing an 18% decline in volume.

The digital asset also lost about $300 million from its market cap. Nevertheless, it retains its position as the 10th largest cryptocurrency in the space, sitting right behind Cardano (ADA) which was down almost 5% in the same 24-hour period.

An offshoot of the recent decline in MATIC price has been the drop in profitability for investors who hold the token. Data from IntoTheBlock shows that presently, only 23% of all wallets holding the cryptocurrency are recording a profit.

The vast majority of holders, accounting for 68% of all wallets, are seeing losses. The remaining 9% are sitting in the neutral territory, putting them right at the price that they purchased their coins for.

Interestingly, unlike Bitcoin and Dogecoin, MATIC has a lower composition of long-term holders which could provide a reason for such low-profit percentages. Only 33% have held their coins for more than one year, whereas 57% have held them between one and 12 months, and 10% have only had their coins for less than one month. However, it is also important to note that MATIC’s 70% decline from its all-time high price of $2.90 in December 2021 plays a huge role in this.

MATIC was exchanging hands at $5.11 at the time of this writing, down almost 8% over the last seven days.