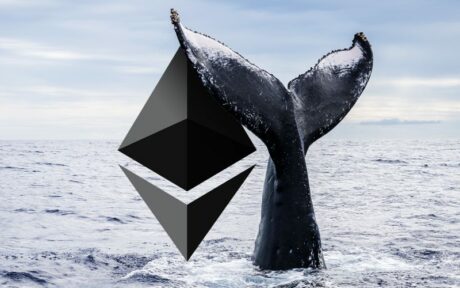 Ethereum price closely followed that of bitcoin throughout the week and this saw the digital asset fall below the $1,200 level once more. Presently, the entire market looks to be consolidating but Ethereum has been put under some pressure following the activation of two whale addresses. These addresses which had not transacted for about half a decade had suddenly moved tens of millions of dollars worth of ETH between them.

In the early hours of Monday, Lookonchain, an on-chain data tracker, took to Twitter to post the re-awakening of long-dormant Ethereum addresses. These addresses both held at least $10 million worth of ETH on their balances and had not seen any type of activity in the last five years, until today.

Both wallets, seemingly out of nowhere, had first transferred out 1 ETH to a new wallet in what looks like test transactions. What followed was another large transaction that would empty out their balances.

All of the ETH was transferred to new, unknown wallets with no prior history besides the 1 ETH test transaction. The ETH is now sitting in these new Ethereum addresses and has not been touched so far.

The movement of such a large amount of ETH has stopped the digital asset in its tracks. So far, there has not been any meaningful movement in the Ethereum price which shows a lot of wariness on the part of investors and traders alike.

However, despite the ETH from these whales being significant, it does not look to have any market impact since the coins were just moved from one storage wallet to another, as it seems. There has been no movement to centralized exchanges, and if this was a sale, it was an OTC trade which eliminates the pressure such a sale would have had on the open market.

Ethereum price on the other hand has now moved into the control of the bears. The $1,200 support was flipped and is now a resistance level that bulls must beat to attain any momentum. This also drags the digital asset well below the 100-day moving average of $1,439, showing bearishness for the medium to long term.