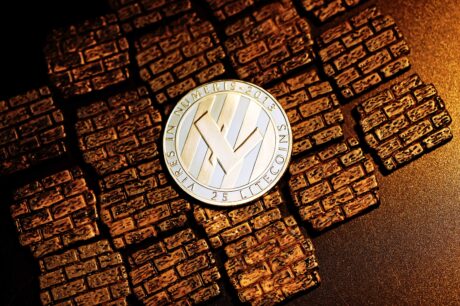 Litecoin has been having a hard time recently, and it would appear that its struggles haven’t stopped yet as the coin has now dropped below Shiba Inu in terms of market cap.

Litecoin Has Taken A 15% Beating During The Past Week

While the last week has been red for most of the coins in the crypto market as the FUD due to the controversy around Binance’s Proof-of-Reserves has spread, LTC has taken an especially hard hit during the period.

At the time of writing, Litecoin is trading around $63, down 1% in the last 24 hours. Here is a chart that shows how the price of the asset has changed in the last five days:

As the above graph displays, it was only a few days ago that Litecoin was still above the $75 level. The coin had been consolidating between this level and $80 since the last week of November, but now this sideways trend seems to have fully broken down as the coin has rapidly dropped in value during the last few days.

The asset has now lost the $65 level, which means it has almost entirely retraced the gains of the 22 November rally. As it currently stands, LTC is down almost 15% during the past week. For comparison, Bitcoin and Ethereum are only down 1% and 4%, respectively, in the same period.

In terms of monthly returns, Litecoin holders are still in a profit of about 2%. The coin is still in the green for this period thanks to the strong November rally, which some thought would lead to a pre-halving bull run for the coin, as its halving, an event where its block production rate will be cut in half, is scheduled for next year. As it turns out, this rally wasn’t what some believed it would be, since LTC has already lost most of its gains.

LTC Is Now Below Shiba Inu (SHIB) In Market Cap

The below table shows where the asset stands in the wider crypto market at the moment.

Litecoin had recently dropped to 14th on this list, but its continued decline has meant that it has now lost the spot to meme coin Shiba Inu.