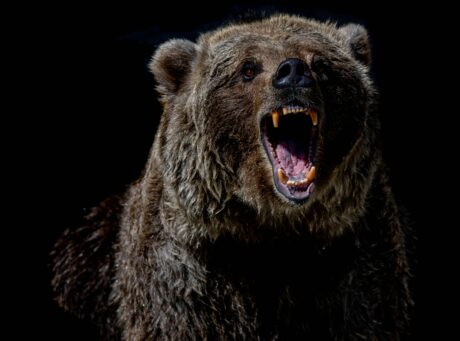 On-chain data shows that Bitcoin “mid-term” holders have been on the move during the past day, suggesting that they may be dumping currently.

As pointed out by an analyst in a CryptoQuant post, an increase in the spent outputs for the 3-6 months group has resulted in big moves for BTC before. The relevant indicator here is the “Spent Output Age Bands,” which tells us which age bands in the Bitcoin market are moving how many coins right now.

These “age bands” are groups that define ranges between which the coins (or holders) falling into said band last showed any movement or selling. For instance, the “1m-3m” age band includes all tokens that have been sitting dormant since at least 1 month and at most 3 months ago. If holders belonging to this group shift their coins, then the move will show up as a spike on the spent outputs chart for the band.

In the context of the current topic, the relevant age band is the “3m-6m” group. Here is a chart that shows the trend in the spent output metric for it during the last few years:

As the above graph displays, the spent output metric has recorded a large value for the 3m-6m Bitcoin age band recently. The holders belonging to this group are sometimes referred to as the “mid-term holders,” because of the fact that their range covers the boundary between the short-term holder and the long-term holder cohorts.

From the chart, it’s apparent that generally whenever this holder group has shown signs of heavy dumping, the price of BTC has observed a steep decline shortly after. The latest crash following the collapse of FTX, too, was preceded by a large movement from these investors.

After the current spike, Bitcoin has actually already seen a short-term drop, as the below chart shows. However, it’s unclear at the moment whether this decline was all there is going to be. If past examples are anything to go by, Bitcoin usually observes a large move whenever this trend forms, which implies the real decline from the latest spike may be yet to come.

At the time of writing, Bitcoin’s price floats around $16.8k, down 3% in the last week.