Cardano (ADA) Falls Below Critical Point, Why There Is More Pain To Come 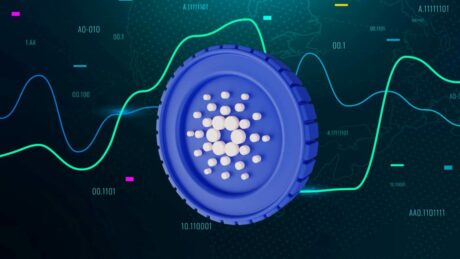 Cardano (ADA) remains one of the hardest-hit cryptocurrencies even before the bear market was officially in full bloom. The digital asset which had seen returns higher than 1,000% during the 2021 bull run would eventually see almost the entirety of those gains wiped out. Despite this, it had been able to maintain above a critical point for a long time. However, the cryptocurrency has now lost its footing, leading to an incredibly bearish outlook for the asset.

For a digital asset such as ADA, maintaining above $0.3 was important for it at a time when assets in the space needed to hold on to their critical support levels. Most of Cardano’s investors had thrown their hat in the ring to hold the bears off at $0.3, something they succeeded at until the FTX collapse happened.

Since the contagion had continued to spread across the space, ADA was, as expected, caught in the crossfire. Last week, it had eventually given way to the bears which had then dragged it down below $.30 for the second time in two months.

However, this time around, there was no recovery to save the digital asset and it would continue to spiral down. It has now lost more than 14% of its value in the space of a week and is down by almost $0.050 in the same time frame.

Although Cardano’s current price path follows the general market price action, it is still far below most of the market in this regard. It is trading well below its 100-day moving average of $0.4 which puts it on a more bearish path compared to the rest of the market. Add in the constant negativity spewed at the digital asset on social media and it is a recipe for disaster.

It is also possible that the market bottom has not been established yet. If this is to be believed and bitcoin were to drop to $12,000, or as low as $10,000 as predicted by some in the space, then it could mean that ADA holders will record more decline in the value of their holdings. If the market were to decline another 30%, then ADA price could drop as low as $0.10 before the next bull rally begins.

Nevertheless, the Cardano community holds on to its bullish forecast for the cryptocurrency. According to Price Estimates on Coinmarketcap, there is an expected 84% growth for ADA by the end of 2022 and the projections get higher over a longer timeframe into January 2023. If the estimates come to pass, then ADA could be seeing prices of $0.5 in January.