Could A Litecoin Fractal Foretell A New Bull Trend In Crypto? 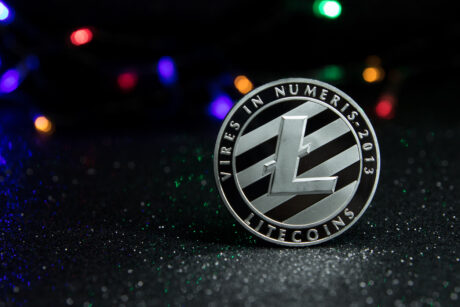 The cryptocurrency market continues to feel the darkness of crypto winter, but it could be Litecoin bringing the blossom of a new bull trend, according to a an eerily similar fractal found in LTCUSD daily price charts.

The fractal pattern developed following the most recent pullback, and appears to have a similar structure to a major bull market breakout. Could this be the light at the end of the tunnel for cryptocurrencies?

After a stellar month leading the market with 40% returns for November, Litecoin has given back nearly half of that thus far in December.

LTC had been on a tear, outperforming top coins like Bitcoin and Ethereum, and clawed its way closer toward making it back into the top ten cryptocurrencies ranked by market cap.

But the greater market pullback stemming from a hawkish Fed meeting this month, caused a failure to liftoff in Litecoin.

However, the discovery of a price action fractal in LTCUSD could suggest this recent pullback wasn’t necessarily a failure, but a refueling of sorts — before taking off in an even stronger rally.

Comparing Price Action Then Vs Now: Will Bulls Get A Break?

Unlike Bitcoin, which made a lower low during the FTX, LTCUSD hasn’t, and instead has followed the same pattern from 2020 almost flawlessly.

Price following the fractal further could lead to some minor continued downside, but ultimately holds at resistance turned support. If the current pullback proves to be a retest and holds, a more obvious rally could materialize.

Failure would almost certainly send Litecoin back toward 2018 lows and potentially beyond, making the fractal among one of Litecoin bulls’ best hope for a redemption rally.

Importantly, a concurrent reversal taking place in the LTCBTC and LTCETH trading pairs appear to indicate strength in the altcoin relative to the top two crypto assets. However, there is no telling what this might mean for the overall market at this time.