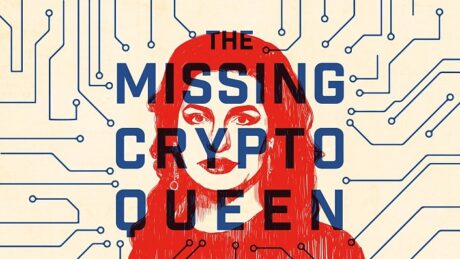 The production team flew to Uganda for what was supposed to be “The Missing Cryptoqueen’s” last episode. They wanted to show how far the OneCoin scam traveled and what it did to its victims. The results are devastating. As it happened all over the world, people in Uganda couldn’t afford to lose one dollar and ended up falling for OneCoin and losing it all. Dr. Ruja Ignatova is a legend over there. And in this episode, we also get to meet people who still believe in her and the OneCoin project.

Anyway, let’s get into the episode titled “The Technology and the Dream.”

Remember, you can download episodes directly from the BBC, or listen to “The Missing Cryptoqueen” through Apple, Spotify, or iVoox.

About “The Missing Cryptoqueen,” Episode Eight- “The Technology And The Dream”

In this interview-heavy episode, the production team exposes the embarrassment and shame of the victims. Their hopes, their dreams, and the denial that lead to this. The sheer volume of devastation OneCoin caused in Uganda, where people sold everything to get in on the early floors and some of them even got loans. We also learn that at the time of recording, as it happened in Bulgaria, OneCoin was still operational in Uganda. The organization was still working, people were still investing, and marketers were still recruiting.

We get to meet many characters, but the standing out one is Saturday David. He’s a multi-level marketer who made a lot of money selling OneCoin, but also bought a lot himself. When Jamie Bartlett interviews him, he has stopped selling the product but still believes in Dr. Ruja. He also thinks there’s a chance for the money he has put in to multiply as he has promised countless people. Plus, he still believes in cryptocurrencies as a concept and his objective is to build a crypto-friendly city in Uganda.

The Uganda episode was announced as the series’ last, and it ends with a brief summary of all of the participants’ lives and everything. That’s until the producers tell us that their “phone rang one more time.” An anonymous contributor called the show’s helpline and told them that they were too close to finding Dr. Ruja to quit. He confirmed that she’s in Frankfurt, looks like a German lady, and was in attendance at the Miss OneLife pageant as the production crew suspected.

Quotes From The Uganda Episode of “The Missing Cryptoqueen”:

A promoter gives an example of what OneCoin middle-management insiders think happened to Dr. Ruja:

“She went into a safer zone because OneCoin is bigger than what people thought. So when other people got to know that it is fighting the current way of banking. So our leader had to sacrifice herself and go to a safer zone and concentrate on bringing the vision to reality.”

Bartlett on what Dr. Ruja knew about human nature and the historical moment we’re living in:

“Maybe above all, Dr. Ruja understood an even more difficult truth. That the difference between a straightforward scam and the complicated but legal world of finance and money isn’t as clear cut as we think. OneCoin wouldn’t be possible unless we lived at a time when people really do make millions simply by betting on cryptocurrencies, complicated derivatives, and high-frequency currency trading. OneCoin sounds plausible to so many people because it is plausible.”

Bartlett on Dr. Ruja being “the inverse Satoshi:”

“Ten years ago, Satoshi Nakamoto invented Bitcoin, the world’s first cryptocurrency. No one knows where or even who Satoshi is, but it doesn’t matter because the idea Satoshi unleashed of financial freedom through technology is bigger than one person. Dr. Ruja is the inverse Satoshi.

She stands for something too, something that’s more important than where she is. She represents the dark side of rapid technological change. Every new technology creates amazing opportunities and possibilities for people who understand it, but also the chance to exploit the people who don’t.”

Six years ago, our sister site Bitcoinist mentioned Uganda in relation to OneCoin while denouncing the project as a scam:

“OneCoin meanwhile continues to make alarm bells ring throughout the world. Most recently Uganda’s central bank issued a public warning on the risks of investing in it, yet drew no distinction between the scheme and bonafide cryptocurrencies such as Bitcoin.”

Later on, Bitcoinist pulled no punches while discussing the DealShaker marketplace:

“Recently, an online “marketplace” appeared offering products and services in exchange for OneCoins, which Bitcoinist advises readers not to use under any circumstances.

At the same time, OneCoin’s online website, which poses as an ‘exchange,’ has finally gone offline possibly suggesting that the scam is nearing its endpoint.”