Bitcoin Santa Claus Rally: How Often Does The Christmas Miracle Occur In Crypto? 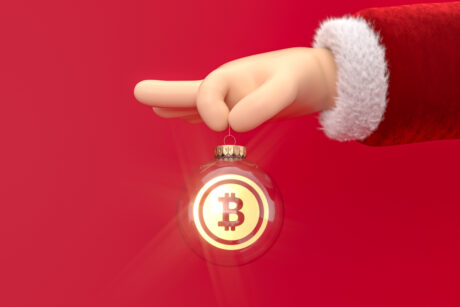 With Christmas almost here, hopes for a Santa Claus rally in Bitcoin and the rest of crypto are fading fast. But what exactly is the phenomenon, and how often has the Christmas miracle occurred in the past?

What’s A Santa Claus Rally? The Most-Wished For Gift By Bitcoin Bulls

A Santa Claus rally is defined as a “calendar effect” that occurs right around the holidays. According to Investopedia, there’s some slight disagreement over the exact timing of a Santa Claus rally. One camp claims its the lead up to Christmas where stock holders get an early present, while the other side states its the post-Christmas week leading into January 2nd.

The idea behind the rally is the same: investors are suddenly euphoric due to the joyfulness of the holiday season, are considering year-end tax-related repositioning, and often have fresh Christmas bonuses to spend. The low-volume and liquidity holiday market conditions allow prices to move more swiftly, like Dasher, Dancer, Prancer, and Vixen through the snowy night sky.

Investopedia further concludes that there isn’t much validity to the idea behind the Santa Claus rally when analyzing S&P 500 returns during this period. But what about Bitcoin and crypto, where retail investors dominate the market and trade 24/7 – even on Christmas Day?

The above chart depicts the crypto version of the Santa Claus rally, taking into consideration both the weeks before and after the annual holiday.

At only a mere few cents, a breakout Christmas rally sustained until Bitcoin reached $40 for the first time. In 2011, December price action was more red than green.

The next Santa Claus rally kept delivering gifts for crypto holders for nearly an entire year, until December 2013 struck and one of the worst downtrends on record followed all the way through until December 2014. Bitcoin reached its final bear market bottom back then only days away from Christmas.

The following two Christmases in 2015 and 2016 were merry and bright for Bitcoin bulls. But December 2017 euphoria around Christmas-time turned out to be the top, resulting in yet another bear market.

In 2018, we’ve marked December in blue as the most neutral of all holiday price action. Although Bitcoin had fallen prior, it had already bottomed, and in the months following began a new bull run. It’s tough to call this price action bullish or bearish.

Here we are one year later, and the chart above does give us some clues about what might happen next. During the two largest bear markets, Bitcoin suffered from Scrooge-like behavior in the crypto industry two Decembers in a row. While we dubbed the second December in the second bear market neutral, it also wasn’t bullish by any stretch.

Considering this pattern, this December has a cyclical rhythm that could suggest yet another lump of coal for investors this year. However, when looking at the data alone, there’s roughly a 50/50 chance that this holiday season is something to celebrate across crypto.