MATIC Price Enters Recovery Mode But Can It Touch $0.90? 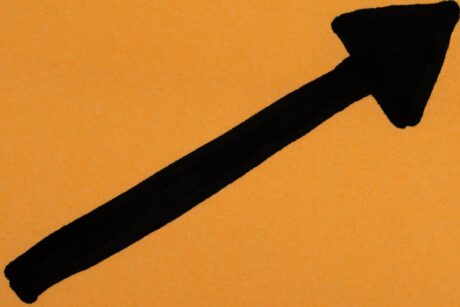 The MATIC price has remained bearish for most of this month. Presently, MATIC is attempting to correct its price. Over the last 24 hours, the coin is up by 2%. In the past week, however, the coin has depreciated by over 8%. Although, securing daily gains has helped the altcoin reverse some of its weekly losses.

With Bitcoin consolidating at the moment, many altcoins are unable to break past their immediate resistance. The technical outlook for MATIC was bearish, but certain indicators pointed towards a potential rally in the upcoming trading sessions.

The buying strength remained low, which means that accumulation was also lower on the chart. For prices to propel above the immediate price ceiling, buyers have to surpass sellers. As the altcoin logged gains over the last 48 hours, MATIC now has a strong support region extending from $0.70 to $0.63.

As MATIC traded laterally between different price zones for weeks of this month, investors have remained worried. This caused sellers to short the asset, resulting in increased selling pressure. The altcoin currently presents an entry opportunity as the bulls are slowly making a comeback in the market. The amount of altcoin traded in the last session fell, which still points to a bearish presence.

The altcoin was exchanging hands at $0.80 at the time of writing. After a period of consolidation, it has finally started to register gains. The coin’s overhead price ceiling was $0.82; if that was breached, MATIC could attempt to return to or even exceed the $0.90 mark.

The $0.82 level has previously acted as a platform for a rally in the altcoin’s case. On the flip side, if unable to rest above the $0.77 mark, the price will first fall to $0.70 and then to $0.67. The amount of MATIC traded in the last session was in red, indicating that sellers were still active on the daily chart.

Buying strength has remained low due to increased shorting over the past few weeks. The Relative Strength (RSI) Index stood at 40, which indicated that even though buyers were making a comeback, sellers remained strong. However, there has been an uptick in the RSI over the last few days.

MATIC’s price was below the 20-Simple Moving Average (SMA) line, which demonstrates that sellers were driving the price momentum.

On the other hand, MATIC’s price was attempting to move above the 200-SMA line (green below) which paints an extremely bullish picture. This meant that the altcoin could soon move above the $0.82 resistance mark and rally up.

In accordance with the entry point for buyers, the Moving Average Convergence Divergence (MACD) painted fading red signal bars. These declining red signal bars are tied to the decline in the sell signal for the altcoin, which also means shorting currently might not be a good idea.

The MACD depicts the change in price momentum, and these bars portray that the indicator could reflect bullish signals over the next trading sessions. The Bollinger Bands indicate the volatility in the market. The bands were wide, meaning that the price could touch the upper band at $0.84.