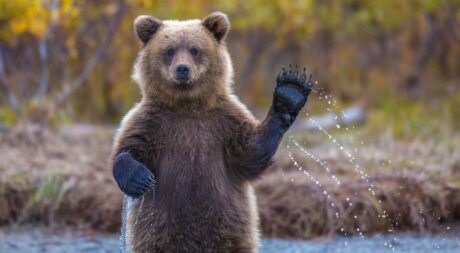 Bitcoin volatility has been on a decline since the start of December. This has been a culmination of both low interest from investors, as well as the declining prices of digital assets in the market. It has not led bitcoin to record its lowest volatility level on record yet.

There were multiple spikes in volatility from the start to the middle of the year 2022. However, toward the end, volatility dives off a cliff and continues this downtrend at this time. Keep in mind that the volatility of an asset is basically how much the price in dollars moved up and down in a given period. The larger the movement in price, the higher the volatility of a coin.

Bitcoin has barely moved price-wise in the last 7 days, up only 0.56% in this one-week period. It is the lowest that volatility has ever been, and while it would normally paint a bullish picture for the digital asset, it has invigorated the bears.

Not A Good Time For BTC

Now, more often than not, when volatility falls to such low levels, it has been right before a bull market where prices had recovered sharply. However, the timing of these have also mattered greatly because it is what determines whether low volatility is bearish or bullish.

One of the times when low volatility had been very bearish was back in 2018. Like now, the market had just come out of an explosive bull rally that saw bitcoin hit new all-time highs. But with such low momentum, it had caused the price to crash a further 50%.

Given the similarities of both situations, it is likely that this will go as it did in 2018 compared to when volatility hit a low in 2020. The bitcoin bottom is likely not in too, which lends credence to this bearish case, although the decline may not be as high as 50%. This chart posted by Twitter user @DrahoslavP puts in perspective just how volatility has affected the price of the digital asset.

Every time volatility fell below value “1” it was followed by bullish rally with one exception – october 2018. pic.twitter.com/pzW1GCAr40

Nevertheless, it is not all bad news for bitcoin. In fact, looking over the long term, it is important for this to happen. Right after the low volatility and eventual decline in 2018, bitcoin marked the bottom of the bear market. This had given way to the recovery that would set the pace for the next bull market.

In other words, if a decline follows the current volatility trend, then it may present the best opportunity for investors to get into the digital asset. For BTC bottom chasers, this could be the holy grail of bottom indicators.