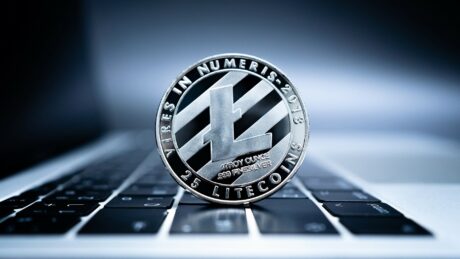 Litecoin (LTC) emerged as the top gainer over Christmas Day with an impressive performance. This put it ahead of market leaders such as bitcoin and ethereum in terms of performance, solidifying its position as the market leader through the first half of the holidays.

Over the last 24 hours, Litecoin has been on an upward rally that put its price firmly above $65, turning resistance into support for it. The digital asset saw upwards of a 6% increase in price over the last day. The rally stopped just below $70 before a slight downward correction took place.

Given that most of the crypto market remained muted through Christmas, this put Litecoin right at the top of the gainers’ list. It also saw a significant jump in trading volume, rising more than 180% over the 24-hour period to be sitting at $437.7 million at the time of this writing. Its market cap crossed $4.9 and this saw it surpass Shiba Inu to reclaim its spot as the 14th largest cryptocurrency by market cap.

Other cryptocurrencies that made the gainers list was GRT with more than a 4.20% increase in price over the one-day period. ICP was third on the list with 3.56% gains, while CSPR followed closely behind at 3.21%. Terra Classic (LUNC) featured as 5th on the list, rising about 3% on Christmas to be sitting at $0.0001486.

Litecoin’s recent bullish movement can be attributed to CNBC’s Jim Cramer saying during an interview that holders of the cryptocurrency are “idiots.” Following this, the digital asset had begun to trend on social media, resulting in an upward rally on Christmas Day.

However, LTC hit a roadblock just before reaching $70. Even though this put it above its 50 and 100-day moving averages, there was still enough resistance from the bears to keep it from reclaiming this position in the short term. This means that successfully beating $70 will likely see a rapid rise to $80 for LTC. But $100 remains a long way off for LTC.

The recent rally does not carry enough momentum to see it through to $100. Add in the fact that the crypto winter is still in full swing and it becomes improbable that the digital asset would be able to reach this price level in the short term. If bitcoin were to fall further and hit $10,000, then LTC could reach a low of $30 before the next bull market begins.

One important event to look towards that could mark a bullish trend for Litecoin, though, would be the next halving event happening in August 2023. When this happens, the block reward could drop another 50% to 6.25 LTC. This decrease in supply could end up pushing the price upwards, as long as demand remains high.