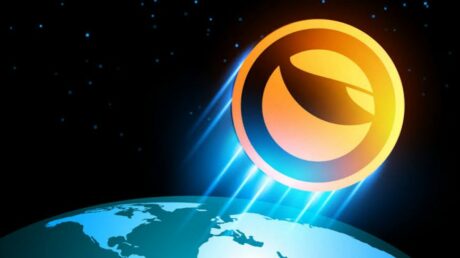 Terra Classic (LUNC) continues to show strength in the market despite losing over 99.9% of its value about 8 months prior. The digital asset which has now been reduced to the meme coin level still produces massive gains. Presently, LUNC is seeing double-digit gains even at a time when the majority of the market remains muted in terms of price performance.

Terra Classic (LUNC) saw a massive rally on Boxing Day that solidified massive gains for investors. Over the last 24 hours, LUNC has been able to rally more than 16% and has successfully broken resistance at the $0.00018 price level.

In addition, the Terra Classic community has also voted in favor of Proposal 11111. This proposal reduces the allocation of burned LUNC tokens within an epoch to the community to 10%, revoking the 50% that was previously proposed in Proposal 10983. This effectively reduces the number of tokens that would be brought back into circulation after being burned.

The proposal passed with 83.35% of votes being in favor and only 11.31% being against. The excitement from this news has also contributed to the rally in the price of the digital asset.

Terra Classic (LUNC) is currently sitting at the top of the list of top gainers on Coinmarketcap over the past 24 hours. With an approximately 17% jump in the last day, the digital asset defies a market that has seen slow movement, especially with bitcoin volatility dropping to all-time lows.

LUNC, on the other hand, tends to thrive in times like these. This is because, with the low momentum, larger assets such as bitcoin and ethereum are unlikely to move much, but with low-price cryptocurrencies such as LUNC, it presents an opportunity for investors since it is easier to move the needle. Couple this with the recent rise in positive sentiment in the community and it is a recipe for success.

Its price has now reached its second-highest level for the month of December after successfully touching above $0.00018 in the early hours of Tuesday. If the momentum holds, then the cryptocurrency will see $0.0002 before the end of the day.