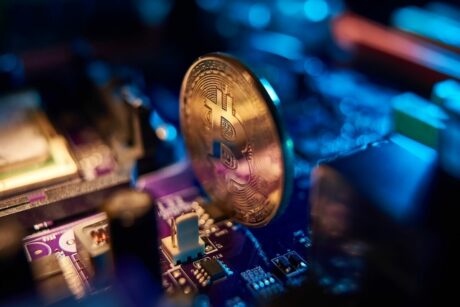 The bitcoin mining hashrate took a sharp nosedive as a historical storm tore through multiple US states. This saw power grids consolidate power to be able to provide enough energy for residents to heat their homes and some mining operations had to wind down to free up more of the electrical. There has been an increase in the hashrate since then but the worst may not be over yet.

Electricity grids across the United States came under immense pressure as the country recorded one of its coldest winters yet. Temperatures dropped drastically across various states and the electricity grid was stretched thin to provide enough energy to heat homes. As a result, a number of bitcoin miners decided to pause their operations to free up some energy and this affected the hashrate contributed by the country.

By Christmas Day, the global hashrate had tanked almost 40%, dropping from its Dec. 24 peak of 276 exahashes per second (EH/s) to 175 EH/s. However, there was a 39% increase in hashrate on the same day which brought it back up to around 244 EH/s.

Since then, the hashrate has continued to wobble day to day and has now dropped back to the 212 EH/s level once more. This shows that while miners may have turned some of their machines back on, they may be shutting them down once more as the extremely cold weather persists.

How Long Will This Last?

Winter storm expert for Atmospheric Environmental Research Judah Cohen said that the Arctic blast currently being experienced in the United States should be short-lived and last about a week before temperatures begin to return to normal.

However, this still leaves a couple of days before it is expected to completely subside. This is evidenced by the zig-zag recovery and dips in the bitcoin hashrate in the last two days following Dec. 25. Miners who have taken their operations offline to help stabilize the electricity grid will likely leave them offline for a while longer until authorities are convinced the weather has stabilized. An example of this was back in July when Riot Blockchain had to shut off its mining machines in Texas as the state faced a heat wave.

Given this, the bitcoin mining hashrate is expected to trend low for another couple of days before bouncing back up. As for the miners, given that Riot had received $9.5 million in energy credits for turning off operations in July, it is possible that some sort of recompense will be offered to the miners.