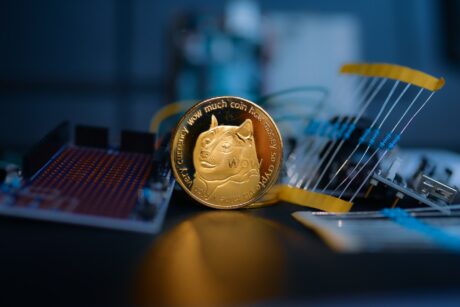 The Dogecoin price had recently faced intense selling pressure; however, over the last 48 hours, DOGE showed signs of recovery. At the moment, however, the meme coin was consolidating on its daily chart. In the past week, the Dogecoin price has slipped almost 4%.

As Bitcoin depicted positive price action in the last 24 hours, many other altcoins also moved up on their respective charts. The technical outlook of the meme-coin pointed towards circumstances changing for sellers.

Buyers made an entrance, DOGE is, however still under the control of the bears. If demand continues to accelerate, the price of the coin is expected to move upward. The coin must remain above its current support line for that to happen.

Currently, DOGE is trading at a level that has acted as support and has also been retested twice recently. Traders can expect to find long trade positions if the coin remains above two critical price levels. DOGE now trades at a 90% discount to its all-time high, which it secured last year.

The coin might experience a pullback at the $0.072 level, which is why Dogecoin must sustain itself above the $0.069 level.

If the coin trades above the $0.072 mark, then the Dogecoin price can rally and reach the $0.077 price ceiling. The amount of Dogecoin traded in the last session was green, which indicated a rise in buying strength.

The meme-coin recovered from the oversold region as accumulation showed up on the daily chart. The Relative Strength Index noted an uptick, which signified that the coin registered an increase in buyers. The indicator was, however, still in the seller’s territory.

On the same note, the Dogecoin price traveled below the 20-Simple Moving Average (SMA) line, which meant that sellers were driving the price momentum in the market.

The indicator also depicted that there was a chance for DOGE to rally as a slight push from buyers will make the price rise above the 200-Simple Moving Average line (green), which is an extremely bullish signal for the coin.

Traders could attempt to short at this level as a technical indicator depicts a sell signal. The Moving Average Convergence Divergence signal bar indicates price momentum and trend reversal. This red signal bar is linked to the sell signal, which could imply that the value of the meme-coin will fall slightly before attempting to break through the immediate resistance mark.

The Bollinger Bands portray price fluctuation and volatility; the bands had widened, indicating chances of a price increase. The upper band was at $0.078, which also meant that there was strong resistance at that price level.