A Crypto Holiday Special: Past, Present, And Future With Tony Spilotro 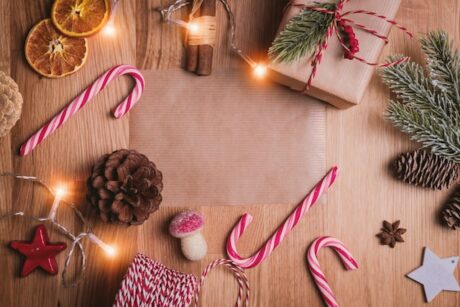 2022 is coming to an end, and our staff at NewsBTC decided to launch this Crypto Holiday Special to provide some perspective on the crypto industry. We will talk with multiple guests to understand this year’s highs and lows for crypto.

In the spirit of Charles Dicken’s classic, “A Christmas Carol,” we’ll look into crypto from different angles, look at its possible trajectory for 2023 and find common ground amongst these different views of an industry that might support the future of finances.

Spilotro: “As a nascent technology, crypto hasn’t been as susceptive to rate cycling in the past. But as it has become a bigger part of the financial system, it now follows by that system’s rules more than the community might like.”

We close this series with an in-house guest, our Editorial Director, Tony Spilotro. Dedicated to spreading knowledge and tools for anyone willing to listen, Tony keeps tabs on the market by promoting critical thinking, going against the crowd, and developing a methodical approach to trading.

Spilotro: “I am confident the mainstream media has it horribly wrong. In fact, the “magazine cover indicator” is one of the most proven ways to pick tops and bottoms in the stock market.”

Tony is a proponent of the Elliot Wave Theory, which has perfectly described Bitcoin and crypto’s price trajectory since the early 2010s. The market is about to take a critical path, but in which direction? This is what he told us:

Q: What’s the most significant difference for the crypto market today compared to Christmas 2021? Beyond the price of Bitcoin, Ethereum, and others, what changed from that moment of euphoria to today’s perpetual fear? Has there been a decline in adoption and liquidity? Are fundamentals still valid?

A: The biggest difference today versus then are the macro conditions and money flow. The Fed tightening did its trick, taking the bull by the horns so to speak. Ned Davis Research had a rule, “Don’t Fight The Fed” and it was proven true over the last year plus. As a nascent technology, crypto hasn’t been as susceptive to rate cycling in the past. But as it has become a bigger part of the financial system, it now follows by that system’s rules more than the community might like. The industry was hurt badly by the domino-effect over the last several months, heightened by the LUNA collapse and FTX fiasco. But Bitcoin and some other cryptocurrencies feel fundamentally strong. Given how rough it is out there for many stocks, how well such a speculative asset class is holding up is remarkable. My belief in Bitcoin isn’t shaken, but like anything, will continue to have its ebbs and flows of investor enthusiasm.

Q: What are the dominant narratives driving this change in market conditions? And what should be the narrative today? What are most people overlooking? We saw a major crypto exchange blowing up, a hedge fund thought to be untouchable, and an ecosystem that promised a financial utopia. Is Crypto still the future of finance, or should the community pursue a new vision?

A: For me, time drives the narratives. The market will find a narrative when the time is right. The last narrative was Bitcoin as an inflation hedge and it performed horribly during the highest inflation in years. Narratives are very often false – but we all fall for it again and again. The next narrative will likely be overly-euphoric and result in its eventual destruction when the sentiment tide turns. I once again turn to a few things. Crypto is a nascent technology where we’ve barely scratched the surface of what’s possible. Even the internet is early in its design compared to the highway system or railroads. Crypto is a newborn by comparison. Much like the internet before it, when people don’t understand it fully, it is easier to fall victim to greater market sentiment and narratives. The dot com bubble is a great example. Much like all the other times Bitcoin was claimed dead, its doing nothing more than shaking out the non-believers and sucking up those that are ready to believe. Sadly, I don’t think there is a financial utopia ahead, rather Bitcoin becomes our best bet retaining ownership rights over value. I think it becomes the digital version of money in the mattress.

Q: If you must choose one, what do you think was a significant moment for crypto in 2022? And will the industry feel its consequences across 2023? Where do you see the industry next Christmas? Will it survive this winter? Mainstream is once again declaring the death of the industry. Will they finally get it right?

A: The most significant moment for crypto in 2022 had to be the FTX situation, although one might argue that would never have occurred without the LUNA collapse preceding it. I think the industry heavily feels the impact of the fallout for the next years and beyond. Sweeping regulation should occur, wiping out many shitcoins from existence. Rules will be put in place so no business can raise capital a’la FTT tokens. Some innovation will stifle, especially around DeFi and Ethereum. Scarcity and stronger network usage fundamentals will decouple from the rest of crypto. I am confident the mainstream media has it horribly wrong. In fact, the “magazine cover indicator” is one of the most proven ways to pick tops and bottoms in the stock market. When mainstream media starts reporting on it heavily, an extreme in sentiment is usually here.

Q: What has been the best indicator to watch in 2022, and what indicators are you keeping track of for 2023? We know you based a lot of your analysis on the Elliot Wave theory; what can market participants expect next year according to this theory?

A: The best indicator for 2022 was the weekly Ichimoku cloud. The moment BTCUSD fell out of the Ichimoku cloud, it was lights out for bulls and a deep decline followed. Granted, this happened after Bitcoin had fallen some in value – it was the confirmation that the bull run was finished for some time. I should have given this more weight, especially after seeing how Bitcoin behaved after losing the cloud back in March of 2020. Elliott Wave Theory matches price patterns the crowd isn’t often looking for – such as zig-zags or flats — with price extremes and, more importantly, sentiment extremes.

I’m a big contrarian in general, and I go by the nickname Tony “The Bull” so I lean bullish on BTC overall. If the crowd is bearish, I feel safer being bullish and vice versa. That said, I’m bullish on BTC for one last rally. I’ve been building the last 1-2 years of positions in anticipation of what I believe will be a shocking wave 5 for Bitcoin and the total crypto market cap.

Just when everyone turns bullish once again and we’ve made ridiculous new highs, I’ll temporarily retire Tony “The Bull” and turn to the biggest bear in crypto –because this is what I believe to be the grand finale for some time.