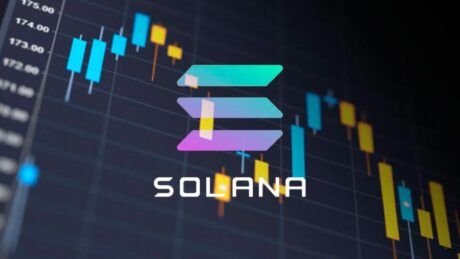 Solana (SOL) has been completely engulfed in FUD since the FTX crash. This invariably resulted in the price of the token declining much faster than the rest of the market, and last week, SOL touched single-digit values for the first time in almost two years. However, there seems to be a turn in the tide for the digital asset as it receives support from Vitalik Buterin.

Taking to Twitter, Ethereum founder Vitalik Buterin expressed support for Solana for the first time. Solana which had been the fiercest competitor of Ethereum had been unable to keep up given its ties to FTX crypto exchange, its sister company Alameda Research, and its disgraced founder Sam Bankman-Fried, but Buterin is not pleased that the competitor is essentially crumbling.

In the tweet, the Ethereum founder explained that “some smart people” had told it that there was still a good developer community on the blockchain who are earnest and smart. Furthermore, they added that since the opportunistic people trying to make a quick buck had now been pushed out, they expect the network to have a bright future.

Buterin himself explains that he couldn’t tell if this was true looking in from the outside but said that he hoped that “the community gets its fair chance to thrive. This tweet was made about four days ago and it had an incredibly positive impact on Solana.

The price of SOL saw an upward trend following the tweets from the Ethereum founder. Although Solana remains a long way from its glory days, Buterin’s tweets had given the bulls just the morale boost they needed and by Monday, SOL’s price had surged as high as $12 before correcting back down.

Presently, the price of the digital asset is sitting above $11, rising over 15% in the last 24 hours. This recovery has also helped to wipe out most of the losses recorded over the last week, and now, it is down only 1.81% in the last 7 days compared to over 20% losses being recorded last week.

This recovery also puts the digital asset close to the top of the list of gainers for the day. It sits only behind Lido DAO which is up over 16% in the last hours.

As for whether SOL will be able to maintain current prices and go higher, it depends on the momentum in the market. The cryptocurrency is still subject to intense FUD and community morale remains low but the $13 level remains within sights as long as buy pressure keeps up.