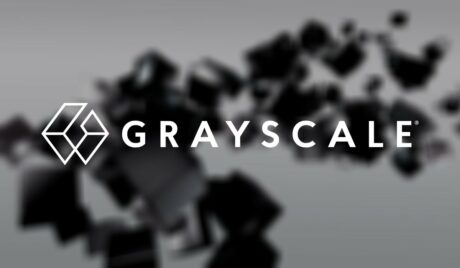 The pressure on the Digital Currency Group (DCG) and Grayscale continues to mount. The Winklevoss twins have given DCG an ultimatum of January 8th to return the $900 million Gemini Earn customer funds, while the users themselves have filed a class action lawsuit against both companies.

In addition, in what is believed to be a tactical decision, Valkyrie Investments and Fir Tree recently got involved in the “Shakespearean drama,” as NewsBTC reported yesterday. Thus, the pressure on DCG CEO Barry Silbert is building up day by day, while he is presumably hoping for Feb. 3rd when a three-judge panel will rule on the complaint against the U.S. Securities and Exchange Commission for refusing to convert GBTC into a Bitcoin spot ETF.

These Altcoins Are The Biggest Holdings Of DCG And Grayscale

As many know, Grayscale owns a massive amount of Bitcoin as part of its GBTC, namely more than 630,000 BTC, which is causing great concerns among investors. However, as a Twitter user, Karl shows, not only BTC investors but also altcoin investors should be rooting for Silbert’s companies to survive.

While the more than 630,000 BTC “only” represent 3.28% of all Bitcoins in circulation, there are two altcoins owned by the company that represents an even higher percentage of the total market cap. Within its other trusts, Grayscale holds a staggering 8.53% of all Ethereum Classic (ETC), the equivalent of around $189 million. Second, on the list is Horizen (ZEN). The share of the total market capital is 4.64%, around $5.7 million.

if Grayscale is forced to sell their balance sheet to cover Genesis’ creditors, these tokens would be the most impacted pic.twitter.com/13Lo0yYPl9

The main concern for the above cryptocurrency investors could be that the company led by Micheal Sonnenshein is liquidating some of its altcoin trusts to save its flagship product the GBTC and possibly Grayscale Ethereum Trust (ETHE) and the entire Digital Currency Group. Silbert could use the funds to serve creditors.

Given the massive stakes in the overall market, it would be almost impossible to rule out the possibility of the already underperforming altcoins suffering even higher, hefty losses due to a Grayscale dump.

Hurdles For Grayscale For Dissolving Their Trusts

Whether there will be a dissolution of all or only some of the trusts can only be speculated at this time. CEO Michael Sonnenshein had emphasized several times in recent weeks that Grayscale has no intention of dissolving the GBTC fund.

Despite that, he brought into play the option of returning up to 20% of GBTC’s capital to shareholders if he fails to convert the product into an exchange-traded fund two weeks ago.

Still, there are high legal hurdles. It’s important to remember that Grayscale is regulated by the SEC. Dissolving trusts requires an application to the SEC, and the process is very lengthy and difficult, on the other hand not impossible as evidenced by the dissolution of the XRP trust as a result of the SEC lawsuit against Ripple.

Grayscale has a low-risk, high-return project. However, the current developments put massive pressure on DCG and therefore also on Grayscale. Due to the connections through loans between both companies, a downfall of the parent company could also drag the cash cow Grayscale down with it.

However, it is important to emphasize that a downfall does not necessarily mean a dump of all coins at once. If there is a Reg M solution, probably not all Grayscale investors would want to sell. It, therefore, remains important for investors to monitor the development of the DCG/ Grayscale drama.