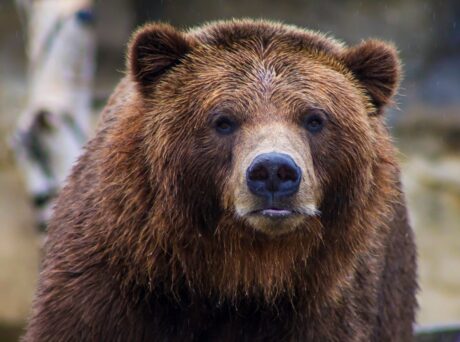 On-chain data shows the Bitcoin open interest RSI is currently forming a pattern that can lead to a short-term correction in the asset’s value.

Bitcoin Open Interest 14-Day RSI Has Been Climbing Up Recently

As pointed out by an analyst in a CryptoQuant post, a short-term bearish correction might soon take place for BTC. The “open interest” is an indicator that measures the total amount of Bitcoin futures contracts currently open on derivative exchanges. The metric takes into account both long and short contracts.

When the value of this metric goes up, it means investors are opening more contracts on derivative exchanges right now. Such a trend could result in higher volatility for the crypto’s price as it implies leverage is increasing in the market.

On the other hand, decreasing values suggest holders are getting liquidated or are closing down their futures contracts currently. Naturally, this could lead to a more stable price of BTC due to the lesser leverage.

Now, the relevant metric in the context of the current discussion isn’t the open interest itself, but its 14-day RSI. The Relative Strength Index (RSI) is a momentum oscillator that keeps track of the speed and direction of changes in any metric’s value over a specified period. The below chart shows the trend in the 14-day RSI of the Bitcoin open interest over the past year:

As you can see in the above graph, the quant has highlighted the relevant regions of the trend for the Bitcoin open interest RSI (14). It would appear that whenever the RSI has risen while the BTC price has been moving sideways or downwards, a bearish divergence has formed for the crypto, and its price has undergone a correction.

There have been other instances of a rising open interest RSI in the past year, but all those were accompanied by a rise in the price itself (and not consolidation or decline) so the same pattern never applied to them. Recently, however, the metric has been once again surging, and this time the price has been moving sideways at the same time, which means the bearish divergence as those earlier instances is now forming.

If the trend from the previous occurrences indeed repeats this time as well, then Bitcoin could soon see another short-term correction in its price.