Why The VIX Could Predict A 20% Bitcoin And Crypto Rally 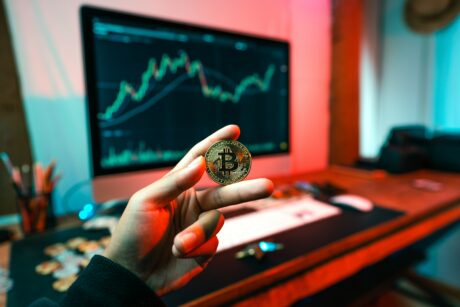 Thomas Lee, managing partner and head of research at Fundstrat Global Advisors, outlined in a recent CNBC interview why the VIX – a real-time volatility index from the Chicago Board Options Exchange (CBOE) – will become an important indicator for equity markets and possibly Bitcoin in the coming months.

Lee expects a 20% rally for the S&P 500 this year. Why? According to the chief analyst, inflation surprised the Fed on the downside last year. This year, it will be the other way around. Inflation will fall faster than the Fed recently forecasted.

This will have a decisive impact on the VIX, which will decline in value. “The bond market volatility is below its 200 day [average]. If that happens to the VIX, we would be at 17,” Lee claims and continues to say that “since the 1950s, following a negative year, if the VIX is lower on average than the prior year, we are up an average of 22%. So I think we are set up for a 20% year.”

According to the Fundstrat analyst, Thursday will be very telling. If the core CPI is again below consensus, that means the original Fed forecast of 4.8% for PCE is 60 basis points too high.

“And that means inflation is undershooting by a huge margin. The bond market is gonna push the Fed to say that February might be the last hike and after that it cuts,” Lee asserts.

Why @fundstrat says stocks could rally more than 20% this year, despite the latest #Fedspeak pic.twitter.com/fToibbPp2W

What Does This Matter For Bitcoin?

For bitcoin, the prediction of Thomas Lee is interesting in that the price had a high correlation with the S&P 500 (with a higher beta) over the past year, unless there were crypto-intrinsic shocks like the collapse of FTX or Terra Luna. This meant that the bitcoin price behaved very similarly to the S&P 500, but was more volatile in both directions in response to changes in the market.

To that extent, the VIX (currently standing at 22) can also be used as a sentiment barometer for bitcoin. If Lee’s predicted drop in the VIX to 17 actually occurs – either as a result of positive CPI data or a pivot by the U.S. Federal Reserve – BTC could see a rally towards $20,000.

As recently as November, Lee said he was sticking to his bitcoin price forecast of $200,000, even if the current market is negative. According to him, the BTC price will rise in tandem with the S&P 500 if there are no more scams and bankruptcies of key players in the crypto industry.

At press time, the bitcoin price was showing a slight uptrend over the past week, trading at $17,296.