Polkadot (DOT) Ecosystem Grew Massively In Q4 2022, What To Expect Next? 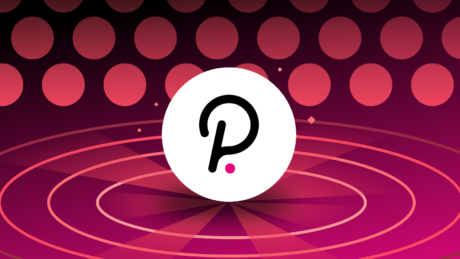 However, there was the challenge of how a user could access more than one blockchain and DeFi application through a single platform. This is where the value proposition of the Polkadot became prominent.

The last few months in 2022 were tough in the crypto market as most crypto assets and projects saw a drastic drop in performance. In addition, the unexpected collapse of the FTX crypto exchange brought a devastating condition that created losses in the crypto space.

However, DOT has a positive story to tell. The multichain network reports massive growth in its ecosystem during Q4 2022.

Despite the difficult year for the industry, the Polkadot and Kusama community were busy building the largest, & most diverse ecosystem of use case specific layer-1 blockchains in the world, making huge strides toward building a better web. pic.twitter.com/sGZDz0zHIW

The recent achievement cuts across several landmarks and aspects. Notably, the protocol and its projects progressed technically with many collaborative deals and more technological adoption.

Parachain Migration From Kusama To Polkadot

This milestone showcases Kusama as a suitable platform to stress-test digital applications in a real-life environment. Hence, the developers could curb associated risks before all the relevant upgrades to ensure stability and security.

By using Kusama before its migration, KILT Protocol achieved decentralization. Also, the protocol included new functionalities in its upgrade, spiking its utility and efficiency. Through its collaboration with Polkadot, KILT integrated digital identities through decentralized identifiers (DIDs).

Partnerships And Launch of Pools Distinguished Polkadot (DOT) in Q4 2022

Polkadot’s official Twitter page revealed its success for the last quarter of 2022. The multichain network consists of 74 parachains, over 550 projects, 300 decentralized applications, and more than 2,500 active developers in its ecosystem. The growth for the DOT and Kusama communities has been great since the launch of the parachains.

Polkadot staking system received striking updates through the launch of nomination pools and the staking dashboard. This encouraged native staking holders to stake as low as 1 DOT to receive rewards.

In line with its vision to enhance decentralization, it launched its OpenGov, a new-generation governance system on the Kusama network. The system is the most sophisticated and advanced blockchain governance system. It is proposed to kick off on the mainnet subsequently.

Through Web3 opportunities, the DeFi protocol bagged several partnerships with different companies. These include Astra Network, KILT Protocol, Efinity, T-System MMS, and others.

For over three years, it has been engaging the U.S. Securities and Exchange Commission (SEC) regarding the status of its native token, DOT.

Finally, the Polkadot broke the barrier with its high achievement as DOT ceased to be classified as a security. It was announced on November 2022 that DOT is now considered as software. This is a feat that placed it higher in Web3 adoption.