TRON Snags No. 2 Spot In TVL As Revenue Spikes Despite Bear Market Pressure 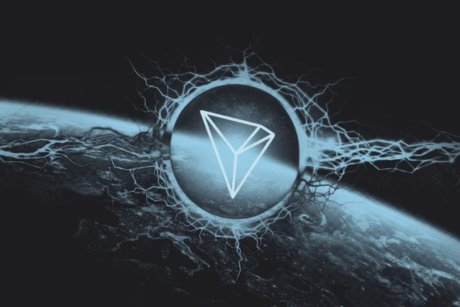 According to a tweet by TRON (TRX) on January 10, the network has displayed an impressive performance as it is currently ranked second in terms of total value locked (TVL) in the entire crypto space.

A lot of people are now keeping an eye on TRON, and wondering whether it can hold on to its ranking and recuperate especially following its recent sharp decline.

The network has always championed its quest for further decentralization. In fact, in comparison to other crypto assets, TRX has made significant progress over a short span of time.

According to CoinMarketCap, TRX’s price has increased by 11% in the last seven days, and trading at $0.05744 as of writing.

Noticeably, many investors are worried about their crypto investments, especially with the crypto crash that happened just recently.

TRON CEO, Justin Sun, disclosed that he would extend some help to both FTX and its former CEO, Sam Bankman-Fried so the crypto exchange can recover.

This recent statement by Sun is quite controversial and has put the network on a bad light. More so, this caused investors to hesitate with the crypto especially as it shows support for the disgraced crypto company.

Meanwhile, TRX is said to lead the crypto space in terms of trustworthiness, being an open network. The year 2022 is said to be the token’s best year so far with its price shooting to as much as 2,950%, an all-time high.

In fact, even in the face of an ongoing bear market, TRON remains to be as robust as ever in terms of trades with investors generously funding the network.

Recent price activity in TRON (TRX) has been influenced by Bitcoin (BTC) and the activity of the US stock market. On the 11th of January, speculators wagered on reduced U.S. inflation, which boosted cryptocurrency markets and led to a rally on U.S. stock markets.

At the time of publication, the fear, uncertainty and doubt surrounding TRON’s founder Sun and the Huobi exchange can still be felt, which contributed to the negative weighted sentiment regarding TRX.

This demonstrates that the investor had a pessimistic view of the asset going into the transaction. However, this was not enough to stop TRX from surging.

At this point, TRON’s revenue has shown to spike from $509,942 to $637,526 as seen in the previous month. The increase in revenue is said to be triggered by the padding of the number of active wallet addresses on the network which also shows an increase in users by 4.53%.

Overall sentiment for TRON is positive, which could mean that TRX price has the potential to skyrocket in the future.