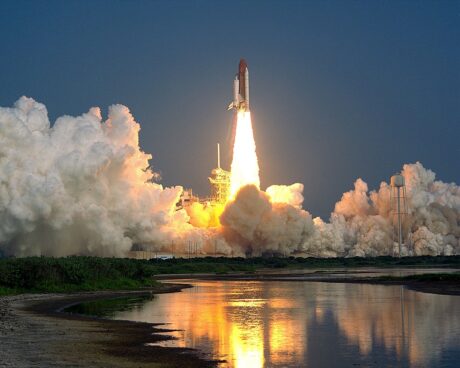 After the collapse of the popular blockchain network Terra, developers have been trying to revive it; many reforms have already taken place to sustain the Terra Classic (LUNC and prevent further collapse). Terra Classic, the original blockchain, was forked to create Terra (LUNA).

Among these reforms is a recent integration with Interchain Station. The news boosted the Terra Classic (LUNC) price. According to Jared, lead developer at Terraform Labs, more integrations and reforms are coming to Terra soon.

The sudden crash of Terra LUNA sent a cascade effect across the crypto industry, leading several firms to bankruptcy. Many investors are yet to recover from the loss incurred from the Terra implosion.

There are still uncleared controversies surrounding the ecosystem’s sudden collapse. Some say Terra LUNA was a rug pull scheme by Do Kwon, founder of Terraform Labs, to launder and steal people’s money. Meanwhile, Do Kwon and his executives are still on the run from South Korean prosecutors.

In a Twitter announcement, Jared revealed that the Terra Network would partner with other blockchains, including SEI, Juno, Osmosis, Mars, Pisco, and many more. He said the integrations aim to protect the network in the right direction and allow seamless cross-chain communication between Terra and other blockchains.

Jared also told the Terra community to expect a rollout of more features while their main focus is to launch the wallet on mobile devices. The current station supports many mainnets including LUNC, LUNA, Osmosis, Juno, Kujira, Carbon, HuaHua, and Cresent.

LUNC price soared by 3% on January 10 when Jared first shared news of the interchain wallet feature via his Twitter handle. Jared referred to the development as a breakthrough in chain integrations.

This move comes after several attempts by the Terra Classic community to revive the sinking Terra Classic project. With the new station wallet, DeFi developers can now access oracle data from several chains through the interchain facility.

Why New Governance Implementation Is Important To LUNC Community

The Terra Classic blockchain saw a rough start in 2023 after being impacted by crypto exchange KuCoin’s December 30 move. On December 30, 2022, KuCoin removed (undelegated) 48 billion Terra Classic (LUNC) tokens from circulation. This issue reduced the voting power of KuCoin’s Terra Classic Validator by 0.25%, taking it up to the 44th position.

The exchange later said it would continue pledging LUNC tokens after a 14-day lock period. However, the move caused a drastic reduction in on-chain activity and stirred much anxiety in the LUNC community, causing the price to fall.

After Kucoin’s move, the community responded by approving and implementing new governance proposals to improve the overall operation of the chain. The Terra ecosystem also started burning tokens to stir up on-chain activity.

The new governance proposals got overwhelming votes from the community with the support of major crypto exchanges. As a result, one of the new implementations is governance proposal 11242, which aims to stop the reminting of already destroyed LUNC tokens.

Once the implementation is complete, it will ensure the effective elimination of tokens from LUNC’s circulating supply which will also boost its price. Presently, the amount of Terra Classic tokens in circulation is nearly 6 trillion.

After the reduction in on-chain activity in the past month, the developers published proposal 11242 at the beginning of January. The aim of proposal 11242 is to stop the reminting burnt LUNC tokens and effectively reduce the seigniorage reward policy to zero.